The Rise of the All-Electric Car

Electric cars are no longer a rare sight on the roads, with everyone from rock stars to politicians embracing the trend.

As attitudes towards the vehicles change and the many benefits of electric cars are touted by scientists and automobile manufacturers alike, it seems that the future is bright for the technology, but this was not always the case.

The history of the electric car

What many people do not realise is that the electric vehicle is as old as the petrol-powered car, with the very first concepts being drawn up in the 1800s.

A series of technological breakthroughs ranging from the battery to the electric motor led to the first electric vehicle taking to the road, with the invention of the lead-acid battery by French physicist Gaston Plante in 1859 seeing rechargeable batteries become a truly viable means for storing electricity on board a vehicle. 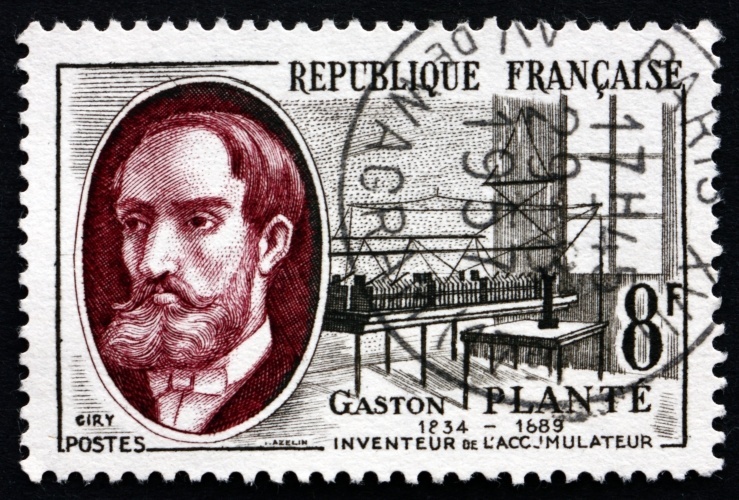 However, it was a Brit who built the first practical production electric car, when engineer Thomas Parker (who was also responsible for electrifying the London Underground) used specially-designed high-capacity rechargeable batteries to create the vehicle.

Even then, there were concerns about the effects of smoke and pollution on cities and their inhabitants - something that still holds true today.

Similar innovations were made in Hungary and the Netherlands around the same time, as well as Germany, where the Flocken Elektrowagen was launched in 1888, helping to usher in something of a golden age for the electric car.

Across the Atlantic, the first successful electric car made its debut in the US around 1890 when Iowa chemist William Morrison created a six-passenger vehicle capable of a top speed of 14 miles per hour that sparked interest in electric vehicles.

It fed into the national conscious and the industry began to flourish over the next decade, with electric vehicles from several different automakers being created and New York City even having a fleet of more than 60 electric taxis.

At the start of the 20th century, electric cars accounted for around a third of all vehicles on the road and this continued for several years, until advances in the development of internal combustion engines saw petrol-powered cars slowly begin to surpass their electric counterparts.

Despite innovators such as Thomas Edison and Henry Ford researching the potential of electric vehicles, it was Ford himself who effectively dealt the death knell to the first phase of electric cars with the launch of the Model T in 1908. 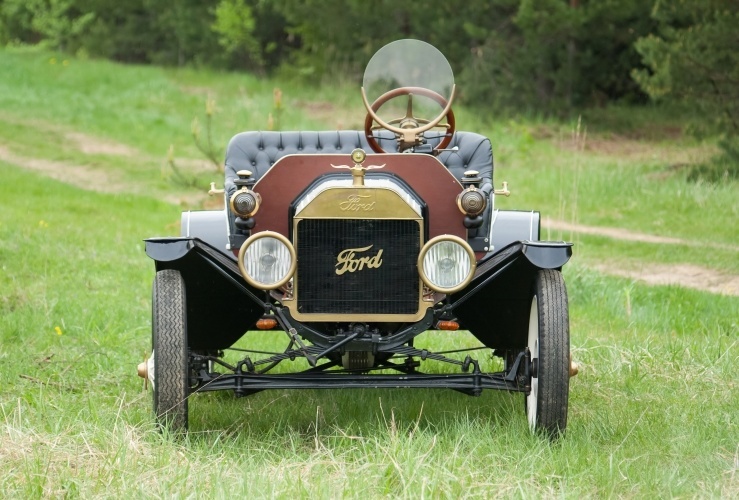 By 1912, when Charles Kettering introduced the electric starter, petrol-powered cars were just one-third the price of electric cars.

Then by 1914, 99 per cent of the vehicles produced by American automobile manufacturers were powered by internal combustion engines, mirroring a global trend that saw the cars fall out of production across the world.

Interest did not reignite until the 1970s, when soaring oil prices and gasoline shortages, culminating in the 1973 Arab Oil Embargo, created an energy crisis.

With electric vehicles seemingly immune to fluctuations in the hydrocarbon energy market, manufacturers again explored the possibility of rolling out electric vehicles on a wide scale, but their efforts were once more hamstrung by the perceived deficiencies of the cars compared to their petrol-powered equivalents.

Electric vehicles created during this period typically saw limited performance that meant speeds could only reach 45 miles per hour, whereas the typical range was limited to 40 miles before they needed to be recharged.

To put this into context, an electric car driven at top speed from Leeds would be unable to reach Sheffield without running out of power.

As such, electric car production entered another lull until the 1990s, when the issue of carbon emissions and the effect on the world's atmosphere and its inhabitants became a serious issue.

This development also facilitated a corresponding rise in vehicle insurance tailored towards cleaner emission vehicle types, together with the emergence of green breakdown cover policies from many of the major breakdown cover providers. This rise aligned with the increasing interest for an alternative cleaner fuel efficient vehicle.

The decade saw Honda, Nissan, Toyota, Chrysler and Ford all test the waters with relatively low levels of success, but research and development continued, with the hybrid-electric vehicle spiking in popularity with the release of the Toyota Prius in Japan in 1997.

Though its release - along with that of the Honda Insight in 1999 - was initially perceived as unnecessary due to the low cost of petrol and diesel, the vehicles slowly gained in popularity and paved the way for all-electric vehicles.

The onset of the global economic recession in the late noughties and subsequent cost pressures on markets around the world was the catalyst for a move towards more efficient vehicles, and this trend quickly spread, with California manufacturer Tesla Motors launching the Tesla Roadster in 2008 after four years of development, with the Mitsubishi i MiEV launching for fleet customers in Japan in July 2009, and for individual customers in April 2010.

Similarly, the Nissan Leaf was rolled out across Japan, Europe and North America in 2010 and 2011, but perhaps one of the most significant boons for the industry occurred during US President Barack Obama's State of the Union address in 2011.

In it, he set an ambitious target of having a million plug-in electric vehicles on America's roads by 2015 in an effort to not only reduce dependence on oil, but also to grow the electric vehicle manufacturing industry and inspire other countries to do the same.

The following years have seen an explosion in electric vehicle manufacturing, with electric cars, hybrids and other alternatively-fuelled vehicles increasingly grabbing market share from traditional petrol and diesel models.

Figures published by the Society of Motor Manufacturers and Traders (SMMT) showed that 9,955 AFVs were registered in September 2014, which represented a 56 per cent rise on the same time the year before.

The vehicles also accounted for 2.3 per cent of the total market - marking a 44 per cent year-on-year rise - in a month that saw a 5.6 per cent rise in overall registrations compared to September 2013.

Electric car manufacturers were keen to hail the growing market, with Nissan revealing it had notched up record sales of its all-electric Leaf during the month, selling 851 units compared to 332 in September the year before, comprising 70 per cent of the market and representing the largest volume of Nissan Leafs ever sold in one month in a European market.

In contrast, diesel’s market share remained static, while petrol fell one percentage point as a result of the growth in registrations.

The rise has been attributed to businesses and consumers alike becoming aware of the many benefits of electric vehicles, along with more models coming onto the market.

At the end of 2014, there were 20 plug-in vehicles available to consumers, compared to six in 2011, with the cars on offer ranging from hatchbacks and saloons to SUVs and sports car.

Similarly, consumers are becoming increasingly aware of the advantages of zero emissions driving, which not only brings with it reduced road tax, but a reduced impact on the environment.

The list of available models is also continuing to grow, with popular options ranging from
the Volkswagen e-Golf, Mercedes-Benz B-Class Electric Drive and BMW i3 to the Honda Fit EV, Toyota RAV4 EV and Renault Zoe.

Across the world, the US is leading the electric vehicle charge, having added 117,000 cars last year and retaining the number one spot, while figures for China also spiked in 2014 with nearly 54,000 new electric vehicles added, which is an increase of around 120 per cent.

China's fleet of electric cars is now the third largest in the world, just behind Japan which saw a relatively slow yet still impressive 45 per cent growth rate last year, contributing to an annual global growth rate of 76 per cent.

In June 2015, the Renault-Nissan Alliance announced it had passed the milestone of 250,000 electric vehicles sold across the globe, with figures from renewables industry analyst the Centre for Solar Energy and Hydrogen Research Baden-Württemberg (ZSW) adding further support to this.

It found that around 320,000 new electric vehicles were registered around the world in 2014, accounting for 43 per cent of all electric vehicles currently on the road, indicating that manufacturers are unwilling to rest on their laurels.

Despite this, there are still many barriers to the widespread adoption of all-electric vehicles; something that car makers are well aware of, and taking steps to eliminate in the coming years.

The future of electric cars

Electric cars are still relatively expensive, with the majority costing between £18,500 and £25,000 in the UK - even after the government’s plug-in vehicle grant of up to £5,000 is taken into account.

Similarly, the relative infancy of the recharging infrastructure remains a barrier to many potential electric motorists, with many UK drivers struggling to balance the low mileage range of the cars with the dearth of charging points.

In Estonia, fast public charging points on main roads are an average of just 37 miles apart, but the UK and many other nations are nowhere near this frequency at present.

However, shifting trends and legislation should go some way to helping solve some of the issues hampering all-electric vehicle manufacturers and their customers alike.

Renault believes that most customers require a practical range of around 300km [190 miles], which should be reached soon, without the need to spend a small fortune (like Tesla Model S drivers do, being able to travel 300 miles between charges but paying £70,000 upfront for the privilege).