Unhappy with work done by a tradesperson? Here's what to do...

From painting and decorating to plumbing and roofing, getting work done on your property can be expensive - so it's frustrating if that work has not been completed with ‘reasonable care and skill’. If you find yourself in this position, there are a number of steps you can take. 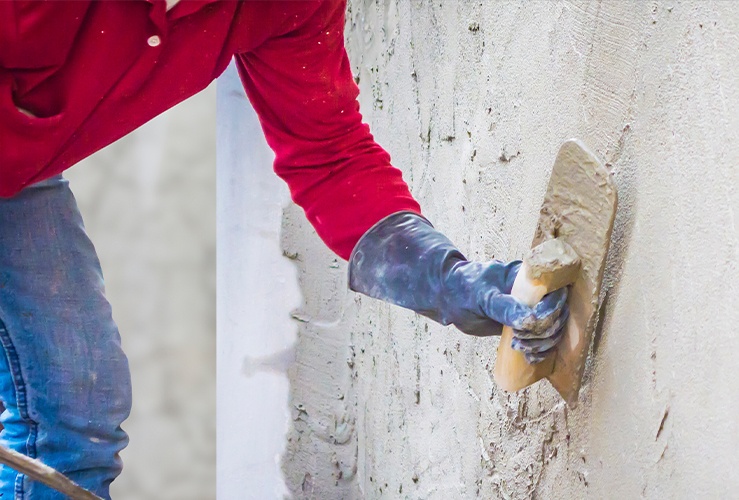 Talk to your tradesperson

As soon as you discover that a piece of work is not of a high enough standard, contact the tradesperson. Explain why you are dissatisfied. Be polite but firm. In most cases, human decency will prevail and the tradesperson will come back to fix the job. At the very least they do not want their reputation to suffer as a result of sub-par work.

It’s best to try and contact a tradesperson directly, rather than go over their head to a superior - as this could sour the relationship. However, if a tradesperson is unwilling to listen to your complaint, contacting their company or boss may be your next course of action.

In any contact, it's prudent to have the following to hand:

If they refuse to fix the issue, you might ask for a partial refund. They may for example return 10% of the sum paid in order to resolve the issue. Whatever the result, there is no harm in asking for some money back.

What does the contract say?

If there is any disagreement over what was expected from a particular job, refer to the contract - if there is one. The contract should stipulate what happens if something goes wrong and who is responsible for fixing it. Some contracts state the customer is not required to pay unless they are completely satisfied. This is an effective way of ensuring your tradesperson does a good job.

If your contract does not make it clear what happens in the event of a complaint, it might be difficult to compel the tradesperson to fix the issue.

Naturally, if there was no contract at all, the problem could be even more difficult to resolve.

It's possible that a tradesperson will be more willing to fix a simple problem, rather than one that will cost hundreds or thousands of pounds to remedy.

Being charged more than the quote

A tradesperson cannot charge you more than the original quote - unless they clear it with you first. Even if their costs rise since the quote, they are legally bound by the first price they offered.

Outside support and further action

The Citizens Advice Bureau (CAB) offers a wealth of information and advice on such matters - consider contacting them before deciding what to do next.

If you are unsatisfied with a tradesperson's response to your complaint, the CAB may suggest having the matter mediated by a third party. If you take this route, you will be bound by any final decision - and you won't be able to take legal action if it goes against you.

Another option is to take the matter to the small claims court - but this could be stressful and costly if you lose.