Home security cameras present a cost-effective way to keep tabs on your home. Whether you're concerned about intruders, or simply what your teenage kids are up to while you're away, a security camera can offer real peace of mind. 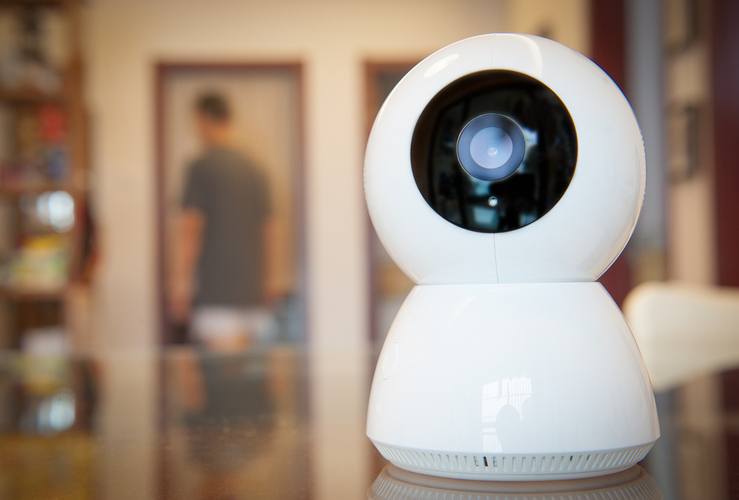 IP cameras - what are they?

Unlike traditional CCTV systems, IP cameras are quick and simple to set up - and are significantly cheaper. They record video footage and send it directly to a cloud storage system, or to a local SD card or hard drive. IP cameras are much smaller than full CCTV systems, but generally offer comparable image quality.

View real-time video from your home

IP cameras are sold with smart-phone apps which are used to view a real-time feed of your home. Video is recorded and can be accessed for a certain period after capture - ranging from a few hours to a few days, depending on the system and options you choose.

There are a wide range of IP camera systems available, each with varying features. Some systems include a night mode - so you can record in the dark; while others feature facial recognition systems.

Many IP cameras feature motion detectors, which trigger a video recording when something moves. This means you don't end up with days and days of unnecessary video - which can fill up cloud storage services, SD cards and hard drives very quickly. However, some cameras record continuously.

Cameras with infra-red sensors are also widely available - and are much cheaper than they were several years ago. These are essentially body heat sensors which trigger the video to record when they detect something.

IP cameras invariably feature either 720p or 1080p resolution. While 720p is sufficient for most situations, if you really want to be able to pick up details - such as the face of an intruder - then a 1080p option is worth considering. Be aware that 1080p footage will take up a lot more space. 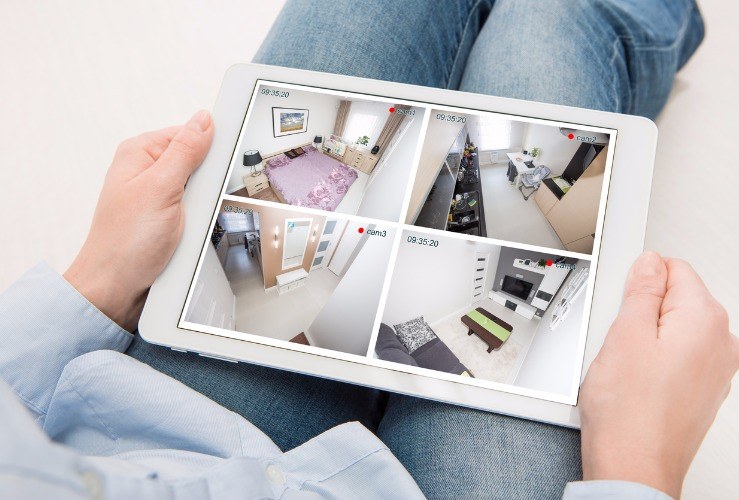 While buying an IP camera can be relatively affordable, costs can rise if you take out a cloud storage subscription. Most cameras come bundled with some form of free storage - but it’s usually quite limited and will fill up quickly before you need to erase it. Being able to store video for, say, one or two weeks, usually requires a subscription. An alternative is to choose a camera that stores footage to a hard drive - but a savvy thief or intruder will remove camera and hard drive, thus taking with them any evidence. By contrast, a cloud-storage system means the evidence is stored safely on the web.

Some cameras run from their own battery, making them better suited to being placed in locations away from mains power outlets. Others must be located near power sockets in order to work - although such logistical issues can be tackled with an extension cable.

Not all cameras can be mounted outdoors, so if you need an external security camera, make sure it is weather-proof.

Easy-to-use mains-powered security camera. It can't be placed outdoors, but it does include Netgear's generous free cloud storage offering. Sound- and motion-triggered videos can be accessed for up to a week. It also features 1080p resolution, night vision and two-way audio. If you need 24/7 recordings, you can access 14 days of storage for £6.99 upwards.

Cheaper than cameras from Netgear and Google, yet comes with a number of innovative features - the most prominent of which are its mounting options. And if you want to use it outside or away from a power outlet, you can opt for a battery-powered base. The Circle 2 also features 1080p resolution, weatherproofing, effective two-way audio, night vision and cloud-accessible footage. Additionally, the 180 degree lens and excellent footage quality mean identifying those intruders should be straightforward.

The wireless, battery-powered Arlo from Netgear can be positioned almost anywhere within the home. It features an innovative magnetic base which means it can attach to metal surfaces in an instant. Its small size also makes it hard to spot. The 130 degree lens and high quality 720p capture make this camera even more appealing, and when you consider the motion-detect recording and the six-month battery life, it’s easy to see why the Arlo is so popular.

Fast, easy setup through an iOS or Android app, with 1080p resolution make the Nest a real contender. You can view the live stream 24 hours a day on your phone and it boasts a built-in mic and speaker. One negative is that taking advantage of face- and motion-detection requires a yearly subscription (£80/year for 10 days of footage retention, £240/year for 30 days). If you don’t buy a subscription, you can only watch the live feeds and access footage no more than three hours old - which could be close to useless if a crime has recently taken place.

This diminutive 720p camera features an infra-red LED for viewing in the dark and a 100 degree lens, which should be sufficient for most rooms - especially if you tuck it in the corner. You can't be too creative when secreting the Y-Cam Evo, however, because it needs to be plugged into a USB socket. While image quality doesn’t quite match the Nest or the Arlo, it does come with several days of unlimited storage for free - which is much more generous than most rivals. If you need 30 days of retention, you can pay the reasonable monthly sum of £3.99.