In 2010 there were more than 30,000 chimney fires in the UK, a large number of which were down to unswept flues. Rapid responses from local fire brigades mean that in most cases fires are extinguished quickly. However, in some situations a chimney fire can damage the ceramic or metal structure of a flue, or worse, can ignite nearby flammable materials – meaning the fire can spread beyond the chimney area.

Chimney fires can also be caused by using a fuel that is inappropriate for an appliance; by using damp fuel; by leaving a fire to burn or slumber overnight; and by an inefficient or unsuitable stove, burner, or chimney. 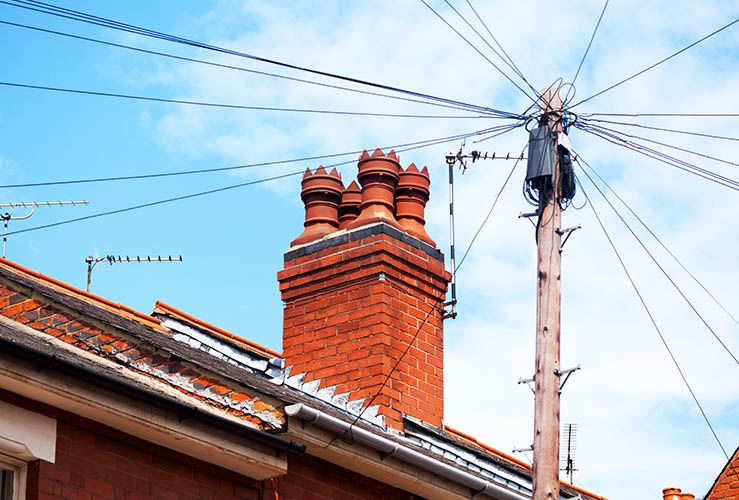 How do chimney fires start?

The fuel used in a wood or coal stove, or in an open fire, is not always completely combusted. While these unburned volatiles become hot enough to be transformed into vapour, they are not totally consumed due to an inadequate level of oxygen and heat. Once these volatiles are in the chimney, they cool and are deposited in tar-like substances and soot.

Left unchecked, these layers can build up until the entire flue is blocked, or until a point where the materials catch fire.

When insurers refuse to pay out

Should you need to make a claim following a chimney fire, you should be aware that some providers will not pay out if it is proven that the chimney was not sufficiently maintained – i.e. blocked with soot and creosote.

When councils charge you for a fire brigade visit

Equally, councils have been known to charge residents of a property if it is proven that a fire was caused by an unswept chimney. The fee for this might be as much as £2,000.

When any fuel is burned it produces carbon monoxide (CO). This colourless, odourless gas can be highly toxic to humans. When a chimney flue becomes blocked, CO may be unable to escape, returning to the inside of the property and putting inhabitants at risk. CO poisoning can kill, so alongside good chimney maintenance, a carbon monoxide detector is strongly recommended.

Getting your chimney swept

Thankfully, chimney sweeping services are available across the UK, usually costing between £40 and £80 per call-out. The process involves specialised brushes and, in the majority of cases, a vacuum which helps to minimise any mess around the appliance.

How often should I have my chimney swept?

According to the Guild of Master Chimney Sweeps, how often you have your chimney swept depends on the type of fuel/appliance you use.

As a guide they recommend:

startrescue.co.uk always recommends seeking the services of a professional tradesperson If you're not entirely comfortable carrying out repairs or maintenance by yourself.