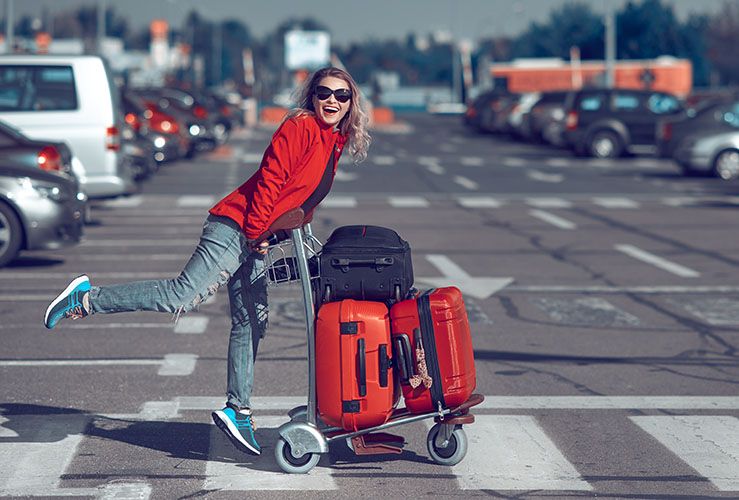 Parking one's car at the airport can add to the stress of air travel, but one firm aims to make the experience as simple and hassle-free as possible.

Stanley Robotics has developed an autonomous forklift robot that parks your car for you. Customers simply park their car in a special hanger, where the vehicle's make and model is identified and recorded. Then, a 'Stan' comes along, slides a platform underneath and lifts the car up by the wheels, before carrying it off to the parking area - which can only be accessed by the robots.

Stanley Robotics says the robots are far more efficient than human valets, parking up to 50 per cent more cars in the same area.

This efficiency is partly down to the precision driving, but it’s also related to the organisational ability of the system, which knows the most appropriate place to park a car as regards the owner's return. The robots can park vehicles three or four deep.

Co-founder and COO of Stanley Robotics, Stéphane Evanno, told Airport Technology in 2017: “We call it a valet parking robot because people just need to drop off their car at the entrance of the car park and then they can basically leave and catch a flight. [The robot uses] the same technology as self-driving cars; is able to scan its environment at any time and react to anything that would be in the way.”

'Stans' are already being used in Lyon-Saint-Exupéry Airport in France and will soon be arriving at Gatwick Airport in the UK for a trial.

Guy Stephenson, Gatwick Airport’s Chief Commercial Officer, said: “The valet parking robots could revolutionise parking at Gatwick and may also become commonplace at airports and other businesses across the world. The new service will be a convenient, personalised experience that will save passengers time, while also reducing vehicle emissions.”