Is Barcelona safe to visit? 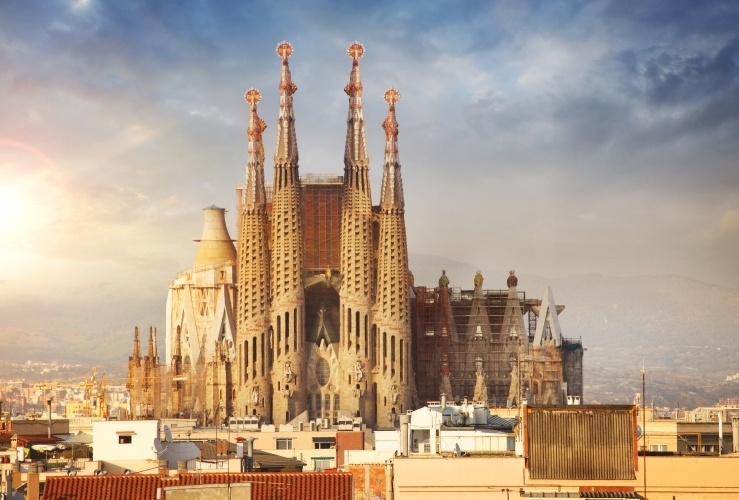 Barcelona and Catalonia as a whole remain in the headlines, following an attempt by the regional government to hold a referendum on independence.

The vote was considered illegal by the Spanish government, who sent in the national Guardia Civil to prevent voting.

Violent clashes between police and protestors have presented a less pleasant image of Barcelona, better known for its Gaudi architecture, long beach and vibrant night life.

But is it too risky to visit Barcelona right now?

The Foreign and Commonwealth Office urges Britons in the area to remain vigilant during the current period of political unrest.

The website states: “Demonstrations have taken place in Barcelona and other areas of the Catalonia region and may continue for some days.

“They may occur with little or no warning and even demonstrations intended to be peaceful can escalate and turn confrontational.

“You should exercise caution if you’re in the vicinity.

“Demonstrations may also cause some disruption and delays to transport services.”

Central squares and other public spaces should be avoided.

The FCO says that demonstrations could take place across the region and often occur unexpectedly.

Public transport could be affected because there have been calls for strike action. Any strikes may have a knock-on effect in the "intermediate period," the FCO states.

There is an ongoing threat of terrorism in the area. Attacks took place in Barcelona and Cambril in August, causing a number of casualties.

As with risks relating to the political situation, the FCO says it is best to stay clear of areas commonly frequented by tourists and foreigners.

Alongside political issues and the threat from terror, when considering an overseas break Britons have had to contend with a weaker pound following the 2016 EU referendum.

Terror attacks and political unrest in Turkey and Egypt have seen visitor numbers to those countries fall precipitously, while the Tunisian tourism industry has all but collapsed following the Sousse beach attack in 2015.

Subsequently, millions of holidaymakers have booked holidays in Spain in the last two years. In the 12 months to July 2016, 9.6m people visited the country, of whom a quarter were from the UK.

How recent events will impact Spain's tourism sector remains to be seen.

However, the country’s well-developed tourism industry and its affordable package breaks may stand it in good stead – especially considering there are few alternative destinations unaffected by the threat of terrorism.

Get insured before your next break

Wherever you decide to take your next holiday, the FCO strongly recommends you take out comprehensive travel insurance before your leave the UK. starttravel.co.uk provides a wide range of travel cover products for travellers of all needs and budgets. For real peace of mind on your autumn or winter break, protect yourself and your family with www.starttravel.co.uk.