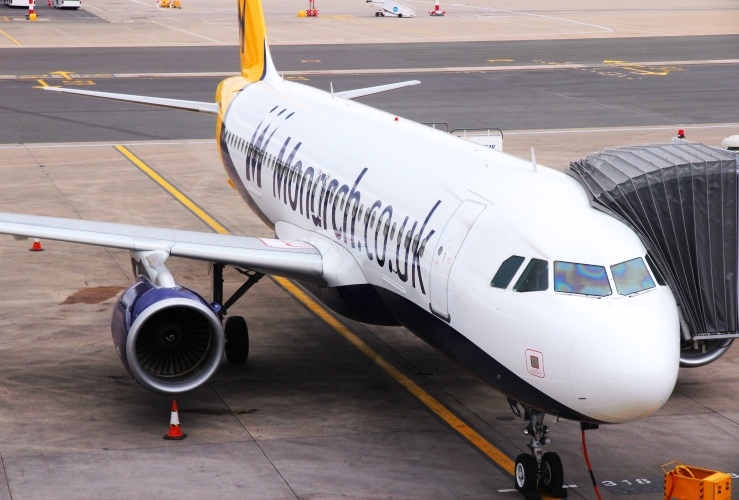 110,000 holidaymakers have been stranded abroad following the collapse of Monarch Airlines in the early hours of the morning.

Many thousands more arrived for early morning flights only to be told that all Monarch flights have been cancelled.

The carrier's failure also means that 300,000 future bookings have been voided.

The Civil Aviation Authority (CAA) has been asked by the government to charter 30 flights in order to bring back stranded UK passengers.

Rumours of the airline’s imminent demise surfaced a year ago. At the time, concerns were somewhat allayed when the company secured £165m of additional funding from Greybull Capital.

This morning, thousands of people arrived at airports around the UK only to find their flights had been cancelled. The BBC reports that large family weddings and long-awaited holidays are among the events ruined by the sudden cancellations.

The CAA has assumed control of the website monarch.co.uk, the URL of which has been changed to monarch.cca.co.uk.

"As a result, we are sorry to inform you that, as of 2 October 2017, all future holidays and flights provided by these companies have been cancelled and are no longer operating.

"This is an unprecedented situation and because there are up to 110,000 passengers abroad, the UK Government has asked the CAA to coordinate flights back to the UK for all Monarch customers currently overseas. These new flights will be at no extra cost to you."

The website goes on to explain that new flights will be arranged for passengers who are currently abroad and are due to return on or before 15 October 2017.

It states that vulnerable passengers and unaccompanied minors will be prioritised.

It also states that family groups will be able to travel together.

Those with future bookings have been warned not to travel to their departure airport, since all Monarch flights have been cancelled with immediate effect.

Why has Monarch collapsed?

The exact reasons for the airline’s collapse will no doubt become clear in the coming days and weeks.

However, the carrier operated many flights to Egypt and Turkey. These countries have traditionally been very popular with UK tourists, but demand has fallen sharply in the wake of the Syrian civil war, the Egyptian political crisis and the 2016 Turkish coup d'état attempt.

If you are a Monarch customer already abroad, or if you have a future booking with the airline, visit monarch.caa.co.uk for further information and assistance.

Implications for pilots and staff

The airline’s collapse has left 3,500 pilots and staff without jobs. However, Chris Grayling, Britain's Secretary of State for Transport, has suggested other airlines could hire former Monarch Airlines employees.

There is also a report in the Mirror regarding rumours that the troubled budget airline Ryanair may hire Monarch pilots, following the cancellation of thousands of its own flights due to organisational problems over pilot holidays.

Whether you’ve been affected by the above or not, we’ll always recommend purchasing comprehensive travel insurance for your trip. For a policy that won’t let you down, why not look at starttravel.co.uk!