How to read tyre codes

Ever wondered how to read a tyre code? Every tyre features a tyre code - a string of letters, words and symbols embossed on the tyre's sidewall. It tells you the range, size and specific characteristics of a given tyre, namely: sidewall height; width; aspect ratio; construction type; load index; and speed rating. 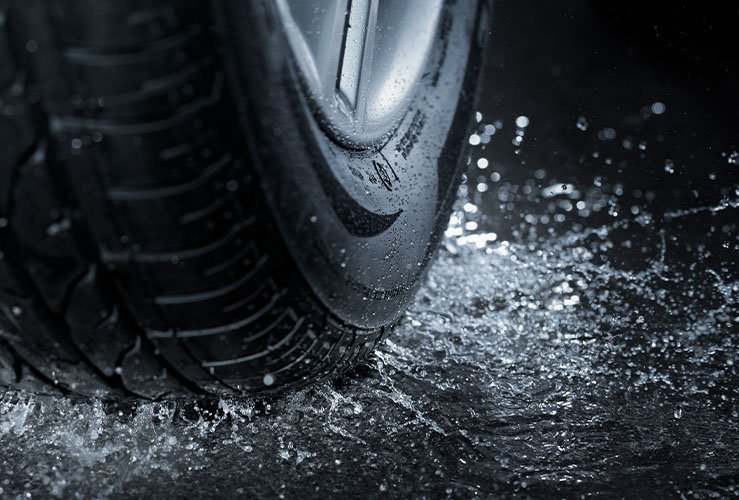 Here we provide an example tyre code to help explain what each component means:

205 - the width of the tyre section in millimetres.

55 - the aspect ratio expressed as a percentage - the sidewall height divided by the tyre's width.

R - this is the tyre's construction type - these days most tyres are 'radial' denoted by an 'R'.

82 - This is the load index, which tells you the maximum load the tyre can take when inflated to the maximum safe pressure.

H - this is the speed rating - it's the maximum speed at which the tyre can carry a load. These ratings range from A, the lowest, to Y, the highest. However, 'H' - shown here -  is rated between U and V.

This stands for ‘Uniform Tire Quality Grading’ and it's a US standard. Since most tyres are also sold in the USA, British and European tyres also feature a UTQG code.

However, you won't find a UTQG code on 4x4 tyres, snow tyres, emergency spare wheels or tyres of 12 inches or under.

Your tyres also feature manufacturing information. Here is an example:

BP - relates to the plant that made the tyre

Note: the year of manufacture may instead be denoted by a three digit code. 129, for example, would mean the tyre was made in the 12th month of 1999.

3PMSF - a symbol with three peaks and snowflake

This stands for ‘3 Peaks Mountain Snow Flake’ and has been tested on snow-covered roads. If the markings also appear with M+S, the tyre is able to handle challenging snow conditions.

This means the tyre is a "mud and snow" tyre under European regulations. However, it will not have been tested for winter performance.