Is it worth using higher grade petrol?

Finding ways to keep costs down when it comes to keeping and using a vehicle is a big concern among drivers.

That's why fuel efficiency can be a big point when it comes to buying a new car as fuel costs can potentially be very expensive. It's for this same reason that we tend to reach for the cheapest fuel amongst the various petrol types in the UK when at the petrol station.

However, maybe there is a benefit to opting for higher petrol grades over the standard unleaded 95 petrol and paying a little bit extra.

Let's understand what’s the best quality petrol in the UK. 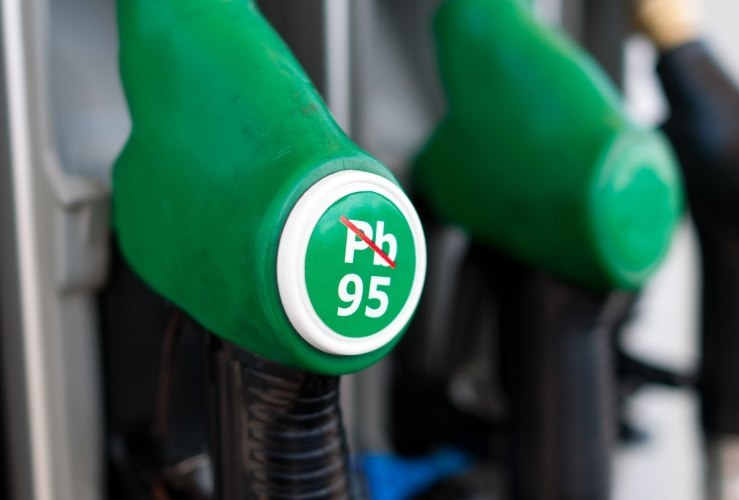 The difference between the two

What separates standard from higher petrol grades in the UK, is the research octane number (RON) or octane rating, which is higher among premium fuels.

In the UK, standard unleaded petrol gets a RON of 95, while for higher grade petrol this rises to 97-98 RON or, among top of the range offerings from certain petrol companies, 99 RON fuel is available, which is the highest octane fuel in the UK.

The higher the RON, it is thought that the better your car will perform, while your engine will be more protected and your fuel efficiency will be improved.

When would you need higher octane fuel?

This RON number is an indicator of how easily the fuel would ignite inside an engine. Fuel is ignited because of compression and the higher the number, the greater compression is required to get the fuel to ignite.

For some high performance vehicles, and some older vehicles, higher grade fuel must be used but standard petrol is suitable to be used in the majority of cars.

If you are unsure about what your car needs then check the user manual, which will say if you need to use unleaded fuel with an octane rating that is higher than 95. That being said, it isn't a necessity for the majority of vehicles so whether you use a higher grade fuel is down to your own discretion.

Which cars benefit most from higher grade fuel?

Some cars see a bigger difference from using higher grade fuel than others. For example, engines that are commonly used in high performance Japanese cars tend to require fuels such as Super Unleaded.

There are also a number of high performance vehicles, such as Porsches and Ferraris, that tend to use this fuel because there will be a noticeable difference to the car's performance. However, they may not strictly need it.

For a lot of cars that people tend to use for their day to day, high grade petrol may not have a beneficial effect as a lot of engines cannot take advantage of higher octane ratings.

Aside from the performance aspect, if your car can take advantage of it, there are a handful of other benefits to selecting higher grade fuels.

For example, some fuel manufacturers have their own brand high grade fuel that they say offers a number of benefits as well as the heightened octane rating.

For example, there is Shell V-Power Unleaded, which has a rating of 99 RON. Shell claims that as well as higher performance for engines that can take advantage of this, its V-Power Unleaded also offers improved lubrication and cleaning action.

Other unleaded fuels that claim to offer such benefits are BP Ultimate Unleaded and Total Excellium Unleaded. These have a lower RON of 97 and 98 respectively.

That said, while these fuels can be used in any petrol engine, only certain drivers and types of car will notice a difference in terms of both performance and fuel economy.

Should you use higher grade fuel?

Based on this information, it seems that there are only certain types of car - and driver - that would see a real benefit from using higher grade petrol.

If you have a high performance car that you use in particularly strenuous scenarios, such as track days, then you will see a difference to the way that your car performs when used in this scenario. What's more, using this fuel could help you to make it last longer.

Whilst all cars produced after 2011 are pre-approved to use the standard E10 petrol fuel, older vehicles, including classic cars and some from the early 2000s are not compatible with E10 fuel and will continue to need E5 fuel. (Now only available as a higher grade fuel).

As using E10 fuel in older cars is not compatible, supplies of E5 petrol have been maintained in the super petrol grade form of premium unleaded fuels. This means fuels such as Shell’s V-Power petrol and BP’s Ultimate fuel still only have up to five percent ethanol.

Find out more about E10 fuel

High grade fuel for everyday use?

On the other hand, if your car was built after 2011 and does not fall into the high performance category range, you are unlikely to see a difference from using higher grade fuel for your everyday car when commuting to and from work.

Therefore, if you want to keep costs down, then you may as well stick to standard fuel.

Fuel is vitally important for the running of most cars, without it your vehicle just won’t work.

As a precaution in case your vehicle will not start in another way why not take a look at our range of breakdown cover policies that suit your needs and get a fast online quote at startrescue.co.uk.