Clarkson, May and Hammond spotted filming in Cambodia 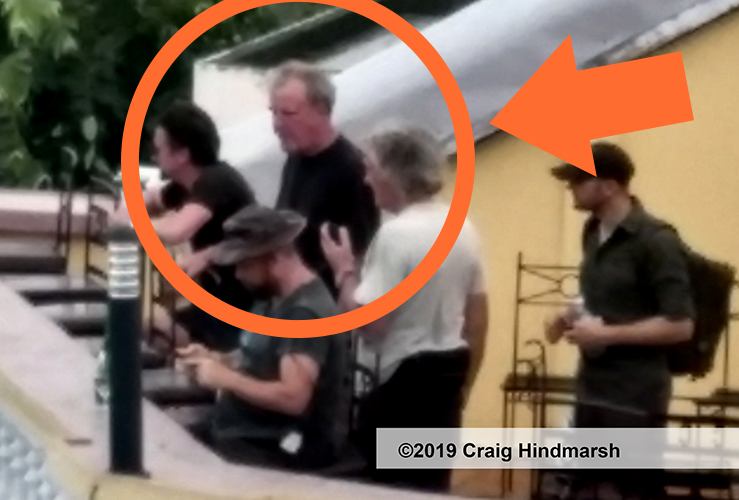 Jeremy Clarkson, Richard Hammond and James May have been spotted with a film crew in the Cambodian capital, Phnom Penh.

The wise-cracking automotive-obsessed trio were seen on the top floor of the Foreign Correspondents Club (FCC) on the riverside area of the sprawling city.

While all three had not escaped the hot Cambodian sun, it was Clarkson, who perhaps looked most sunburnt, which, when combined with his dust-covered shirt, gave the impression of someone who had been on some type of arduous adventure.

Hammond, meanwhile, was sporting a goatee beard that on first glimpse made him look like Robert Downey Junior, if a portly one.

May, with his wild, whitening hair, and shorts and t-shirt, looked like a crazed wizard who gave up his magical vocation to live in South East Asia.

Are we to assume that they were filming for the new series of The Grand Tour? It seems likely.

No doubt they will have something to say about Cambodian driving skills - or lack thereof.

According to reports, the fourth series will eschew the previous format of small segments - such as Conversation Street and The Eboladrome - in favour of dedicated road trip films.

Certainly, the road trip films they made for the BBC's Top Gear remain among the best-loved of the series, blending imaginative situations with off-beat road vehicles, exotic locations - and plenty of silly gags.

Let's hope any Cambodian road trip film is as enjoyable as previous escapades.