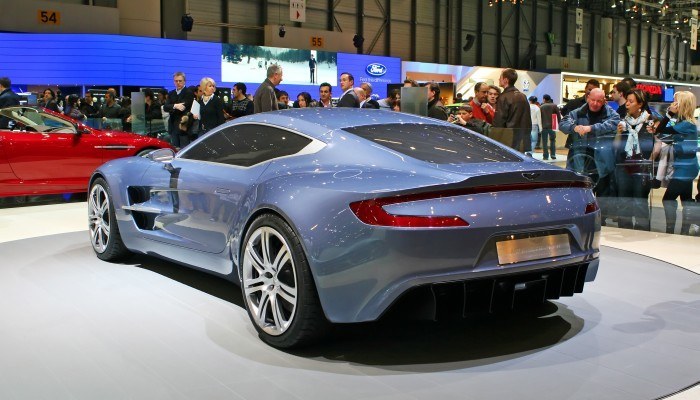 While the DB10's performance stats have not been publicised, we do know that the Vantage V8 can reach 180mph and hit 62 from standstill in 4.8 seconds.

Impressive stuff then, and a big day for Aston Martin. And yet, somewhat in keeping with the espionage theme, the company was mysteriously absent from proceedings.

"It's another million I've saved to develop cars with," Palmer told reporters – in reference to the money saved by not officially attending the event.

Indeed, Palmer has been busy counting Aston's rather scarce beans of late. Although there has been a recent £25m boost from the 007 connection: 150 special DB9 GT Bond editions have been sold – every single one – for £165,000 apiece. The car also features a special Bondian Omega watch and special paint, although it isn’t special enough to deflect bullets.

Oil slickers, rockets and ejector seats are also absent from the options list.

The income from the Bond-themed DB9s isn’t enough to secure Aston’s future. For that they – like so many organisations – need the Chinese. The forthcoming battery-electric DBX crossover will be in part funded by investors from China.

But perhaps the model that will really save Aston's bacon will be next year's DB11 – which wasn't present at Frankfurt or anywhere else.

But if it looks anything like 007's DB10, it should be at least aesthetically appealing.