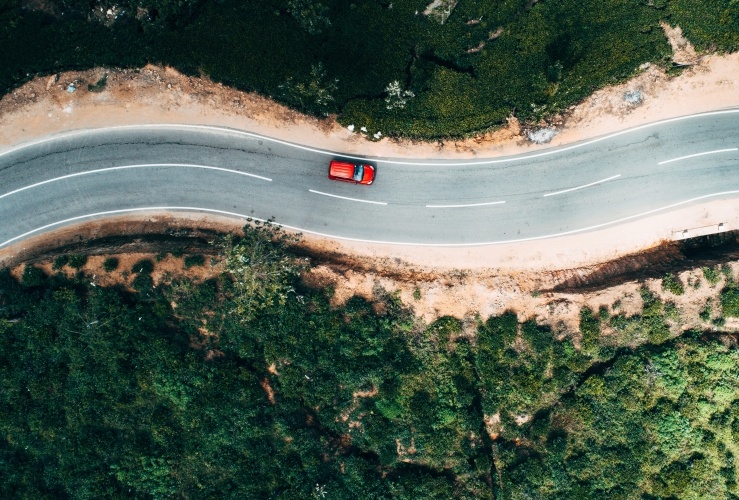 There are many ways to sell a used car these days: pop an ad in your local newsagent; or Sellotape a For Sale sign on the windshield of your ride, then park it by a busy road.

Or you could just get your partner to produce a lavish spoof commercial.

That's the situation that Max Lanman's girlfriend found herself in. She needed to shift her 1996 Honda Accord - and beau Max had the brainwave of making a playful ad for it.

The resulting clip has since gone viral, and bids for the car are now in excess of $100,000.

Whether or not the bidders will stump up the cash is another thing.

But given the original asking price was $499, Lanman's girlfriend could be in for a pleasant surprise.

However, more impressively, the video has become a huge viral hit: at time of writing more than 3m people have watched it.

The clip is so well-crafted one almost misses the fact it is a spoof. It has it all: sweeping aerial shots, a glamorous Hollywood Hills backdrop, and aspirational lines spoken by a professional voice-over artist.

Speaking to the BBC, Mr Lanman said: "The inspiration to make the ad came while my girlfriend Carrie and I were driving up the coast on Highway 1, heading to Big Sur to go camping.

"It dawned on me that it would be really funny to film a car commercial for a really crappy car against such a gorgeous backdrop."

Mr Lanman added, "It is surreal to think that something that I made with my friends, that two days ago sat on my computer, is now being watched around the world. Thank God for the internet."