The Stig not dumped: Top Gear star to return in own show 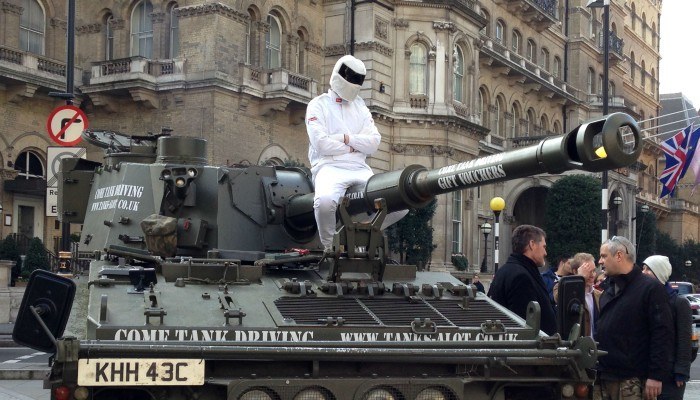 Top Gear's The Stig is set to return to the BBC in his own show, called The Getaway Car. The programme will feature pairs of people – relatives or friends – who will compete with other couples to earn the right to face The Stig in a special challenge at the end of each show.

The Getaway Car will be hosted by Dermot O'Leary and will see "couples go head to head in a funny, fast-paced and action packed competition". It will be broadcast on Saturday evenings on BBC One.

As well as married couples, the show will feature grandparents and their grandchildren, siblings and best friends.

Dermot O’Leary said: “This is a show that's really about relationships. We all think we are great drivers, but what tickled me most is seeing how people, who obviously love each other very much, speak to each other when they are behind the wheel of a car. It brings out the worst in all of us... but in a fun way.

"It's a warm show that will stretch a family’s patience with those they love most in the world. I had a whale of a time doing the pilot and now can't wait to make the series.”

The future of The Stig was somewhat in doubt after Jeremy Clarkson was fired from Top Gear for assaulting a producer, precipitating the exit of Richard Hammond and James May from the show, too.

The trio are set to begin filming an entirely new car show for Amazon Video after agreeing a deal with the US firm.

The rights to The Getaway Car will be held by BBC Worldwide, which will give the show the chance of being distributed internationally.