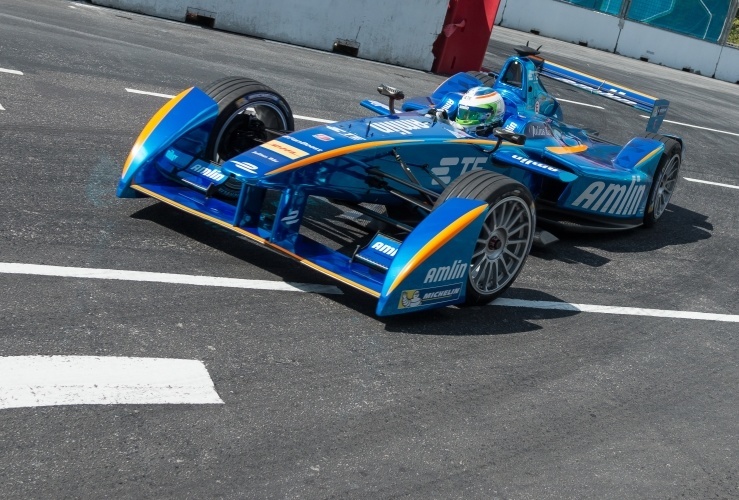 All-electric racing's top prize is up for grabs on the 2nd and 3rd of July at London's Battersea Park, where Lucas di Grassi and Sebastien Buemi will do battle.

The winner will succeed last year's victor, Nelson Piquet Jr – in what is the world’s only all-electric single-seater racing series.

Sam Bird has a theoretical chance of winning the crown, but he will need to come first in the two races, secure fastest lap and pole position bonus points, while crossing his fingers that his two main rivals accrue precisely zero points.

Only a single point separates di Grassi (Abt Schaeffler Audi Sport team) and Buemi (Renault e.dams.), after eight races in some of the world’s top cities – including Paris, Berlin, Beijing and Buenos Aires.

Rules governing powertrain were opened up in this, the second year of the series. Cars are permitted to have unique gearbox, motor and invertor solutions and rear suspension set-ups.

Battersea promises to be a spectacular setting for the showdown. Last year the Grade II listed Victorian Park played host to the first motor race in the British capital since 1972.

17 corners feature in the 1.8 mile course, which saw drivers reach an average speed of 75.389mph. This year participants have been a shade faster, to the tune of 1.667mph.

The innovative series is committed to developing sustainable technologies.

The action begins on ITV1 at 3pm on Saturday and continues on Sunday at the same time.