Middle lane hogging: why does it persist? 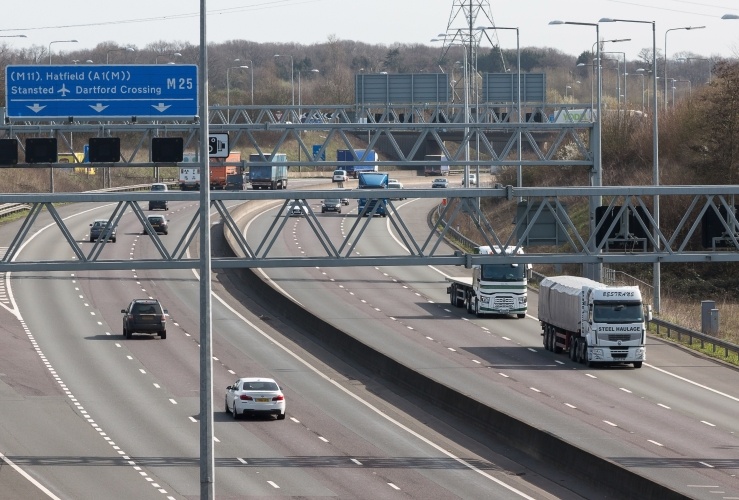 When the Department for Transport announced in 2013 that middle lane hoggers could be prosecuted by police, many UK motorists supported it.

The practice is viewed dimly on these shores.

But by September 2016 it was revealed – through a freedom of information request – that only 135 drivers had been given the £100 spot fines for hogging the middle lane.

The offence is categorised under 'careless driving' by police, who issued 1,158 fines for misdemeanours such as tailgating and poor lane discipline – which includes lane hogging.

Why is middle lane hogging an offence?

Firstly, it is against the Highway Code, which states in Part 264: "You should always drive in the left-hand lane when the road ahead is clear. If you are overtaking a number of slower-moving vehicles, you should return to the left-hand lane as soon as you are safely past."

In addition, it is widely believed to increase congestion – although not everyone agrees.

A BBC report in 2013 featured Benjamin Heydecker, professor of transport studies at University College London, who examined the impact of middle lane hoggers on congestion: "We expected to find a big reduction in capacity. But the answer was surprisingly small."

Heydecker said the often-repeated claim – that middle lane hogging reduces capacity by a third –was incorrect. The impact on congestion was considerably less, he suggested.

But while the jury is still out on how hogging affects congestion, there is also the issue of danger.

Indeed, Heydecker views the practice as "inconsiderate, selfish behaviour," which increases the level of danger on our roads because it makes so many people angry.

But it doesn't end there. When a line of traffic occupies the middle lane, those on the left lane are sometimes tempted to undertake dangerously.

And when middle lane hoggers maintain sub-limit speeds, the issue of tailgating rears its head – putting motorists at further risk.

Why do people hog the middle lane?

In France and Germany, middle lane hogging is rare, but in the UK it remains a real problem. In one survey, 31% per cent of drivers admitted to hogging the middle lane. So why do so many drivers do it?

Some suggest that middle lane hoggers are simply unaware of other road users.

Occupying the middle lane can also be less demanding; the need for tricky manoeuvres becomes less likely. Indeed, according to research by the Institute of Psychological Science at the University of Leeds, for older drivers, whose reactions aren’t quite as quick as they once were, staying in the middle lane may be especially attractive.

The issue is compounded by the fact that, according to some research, 37% of drivers are unaware it is an offence.

Possible solutions
Passing on both sides?

At present, passing on both sides of a UK motorway is not allowed. However, some argue that it should be – as it is in places like California.

But such a change would be a big deal in the UK – and the Department of Transport would need to be certain that it would not make our motorways more dangerous.

Another solution might lie in policing – a more concerted and consistent approach from national police forces in tackling the practice.

You can give us your views on middle-lane hogging below.

Middle lane hoggers are a danger to all users of the motorways, they seem to be completely oblivious to the fact that other drivers are doing the correct lane control around them, and drive with thier eyes set on only one dimension " the middle lane thats immediatly in front of them " and drive for many miles with an empty road all around them. i have driven from London to Milton Keynes during the night and have seen several cars drive mile after mile middle lane hogging.

People who drive in the middle lane are either unconfident drivers or lazy, or both; they are just sitting there in a world of their own listening to their music oblivious to the impact on other traffic. It is easy to see why; they don't have to worry about coming up behind slow moving lorries and moving out, they don't have to worry about cars joining on slip roads, they can just carry on at peace until they get off. It's not just old people, its all ages in my observations. I don't see a solution either because making undertaking legal would just result in more crashes and motorway blockages. If enforcement of middle lane hoggers was stepped up there would be more crashes from these people being hesitant or poorly judging how they do pull out from the first lane when they come up behind a lorry.

If I am travelling safely at 70mph in the middle lane of a motorway I do not see that I have any obligation to move over for anyone - if you pass me you are breaking the speed limit and it is you that is commiting an offence, not me. If I am doing under 70mph I always move over to the near side lane when it is safe to do so. The real problem on our motorways is impatient drivers, not people who are observing the speed limit.