Would you go to a drive-in opera? 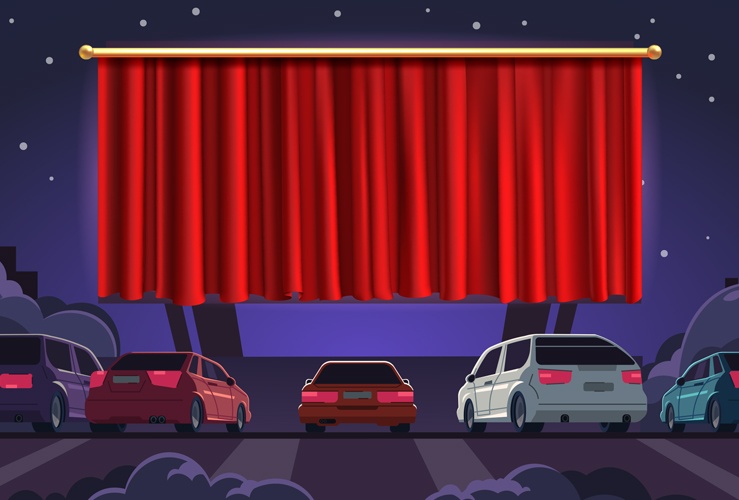 Would you go to a drive-in opera?

Coronavirus has forced many industries to think outside the box in order to survive - and the English National Opera has obviously been thinking hard since the pandemic struck.

Their stroke of genius (perhaps) is a drive-in opera - Puccini's La Bohème - at Alexandra Palace, where you get to watch the arias from your very own vehicle.

We say vehicle, because it's not just confined to car owners. After the VIP cars have parked at the front, the 'regular' vehicles find their places (£100 a ticket), followed by those on bicycles (£35 a ticket). Those on two wheels must of course park up in socially-distanced fashion.

The ENO have done their best to make Puccini's masterpiece as relevant as possible, with key players even doubling as Deliveroo riders. There’s also a hip hop street dance sequence, although critics regarded that as rather cringeworthy.

Attendees can either tune in to a dedicated FM radio frequency, or simply open their windows and enjoy the performance through the various speakers located around the car park. Despite being based on Puccini’s opera, the songs are all in English.

Overall, the ENO's attempt to breathe life back into London's live arts scene was admirable. There appear to have been a few troublemakers who couldn't resist honking their horns or slamming their doors at inopportune moments. But misbehavers were surprisingly few - considering you can't exactly demand someone leaves without forcing scores of other drivers to move out the way first!.

In the age of Covid, such drive-in events are likely to be ever more common.