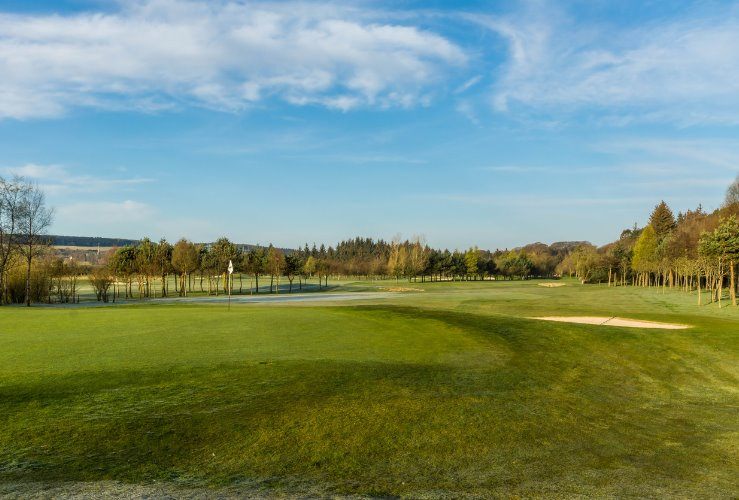 Plans by the Trump Organization to build a new housing estate near Aberdeen have met with fierce opposition, with more than 3,000 formal objections submitted to the local council.

The proposed estate would be located near President Trump's golf course to Aberdeen's north.

Alongside 3,026 letters of objection, a further 19,000 people signed an online petition opposing the scheme, which would see 550 homes and golfers' chalets built on farmland adjacent to the course.

In addition to processing the objection letters, Aberdeenshire council is deciding whether or not to take into account the petition, which was organised by 38 Degrees.

The vast majority of public responses oppose the plans.

Many opponents to the scheme, who live in the nearby village of Balmedie, are concerned that the proposed buildings would contravene local development plans and increase congestion on local roads.

Additionally, the plans do not include paying for a new school and a sewerage system upgrade, as previously demanded by government planning inspectors.

Back in 2007, Trump's plan to build a 450-bed five-star hotel, timeshare and shops was largely welcomed by the local community.

The latest proposal, however, has prompted the largest number of objections to a planning application in the UK's history - according to Martin Ford, a local councillor.

It has been suggested that the policies and behaviour of the US President over the last two years may have influenced public feeling towards the Trump Organisation's plans.

Martin Ford said: “In 2007, association with Mr Trump’s celebrity status and the perceived popularity of his resort proposal were seen as powerful political arguments for overturning planning policy and granting planning permission.”

“Now Mr Trump has the reputation of an international pariah and his proposed housing scheme is evidently unpopular."

The commercial success of any new Trump venture - and any positive effect on the local economy - may also raise doubts, since the current resort posted a loss of £1.2m last year and stagnant income levels. The resort also employed nine fewer people compared to 2016.

In addition, the luxury nature of the proposed estate is unlikely to appeal to those seeking affordable housing in the area. According to the 38 Degrees petition, each new home would be sold for more than £1m.