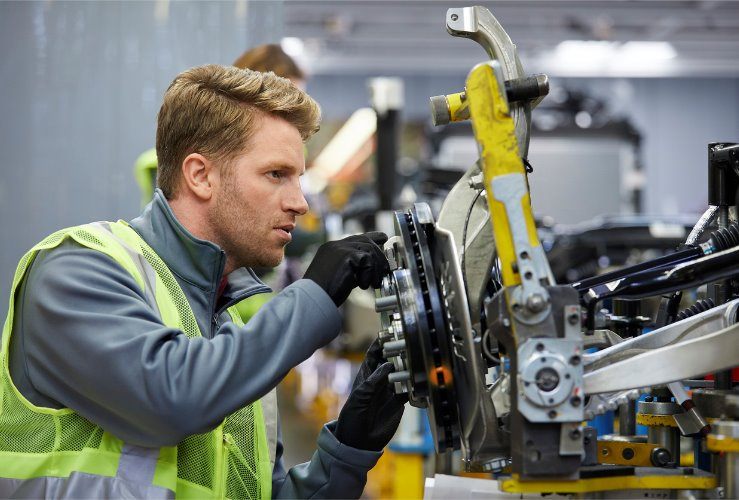 The UK car industry has taken another blow with news that two European car parts suppliers are to close British factories.

Germany-based car parts manufacturer Schaeffler said it was to close two factories: one in Llanelli and one in Plymouth, together employing 570 people. The decision to close the plants was influenced by uncertainty surrounding Brexit, the firm said.

French tyre maker Michelin said it will close its Dundee tyre factory, with the loss of 845 jobs. The decision was not connected with Brexit, the company stated.

At the firm's Llanelli plant, mechanical parts and bearings are made for Europe's big carmakers. 220 jobs are affected, with production being moved to the firm's plants in the US, China, South Korea and Germany.

The decision by Schaeffler to close its UK plants has further fuelled concerns that the UK will leave the European Union without a trade deal. The possibility of trade tariffs has made the UK a less attractive place to do business.

Tony Burke, assistant general secretary at Unite Union, voiced concern: "[this] should leave no one in any doubt as to what is in store if the UK crashes out of the European Union without a deal that secures tariff-free frictionless trade."

He criticised the handling of the Brexit negotiations so far, adding: “Behind the closures and the uncertainty currently gripping the car industry and component manufacturing are people with bills to pay and families to feed.”

However, the closure of Michelin’s Dundee plant was not related to Brexit. The closure was blamed on a fall in demand for smaller premium tyres, and the impact of people buying cheaper Asian-made tyres.

John Reid, factory manager at Michelin Dundee, said: “I understand that these proposals will come as a huge blow to our employees and to the city of Dundee as a whole. It’s also a very personal blow for me.”