If you're a die-hard Harley Davidson fan, then even the most beautifully designed pretender-to-the-throne will not turn your eye. Unless, perhaps, we're talking about BMW's all-new classic-style cruiser, the R18. 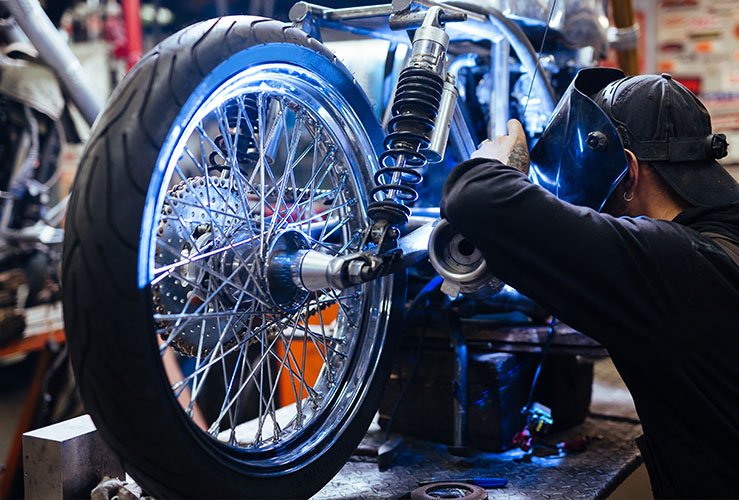 While it is still just a concept, the R18 is a statement of intent from BMW, who want a piece of the increasingly lucrative cruiser and custom bike segment.

What you'll probably notice first is that the R18 has no switchgear. You'll then likely gawp at how beautifully and meticulously designed the machine is, from the fishtail exhausts to the subtly shaded teardrop petrol tank.

Edgar Heinrich, BMW Motorrad Head of Design, said: "This bike is not about being the fastest... it is about making an analogue statement in a digital age. BMW has a rich history of iconic motorcycles and they bear the same design characteristics. We believe that this can still work well today, together with current technology."

According the BMW, the R18 is a tribute to the R5 from 1936, but with a much bigger engine. The concept machine boasts a classic shape, with 21in (front) and 18in (rear) wheels, complete with stylish Metzeler Rille tyres.

Up until now BMW's heritage machines have used existing engines, but with a new range of cruisers planned for later in the year, a new engine platform is in the offing - which is another statement of intent from the Munich outfit.

It seems likely BMW will proffer a flagship 'big bagger', but it's probable it will also want to cash in on the popularity of smaller bikes - such as the Triumph Bobber and Harley’s Softail range.