More images and details of the all-new Ineos Grenadier 4x4 have been revealed. 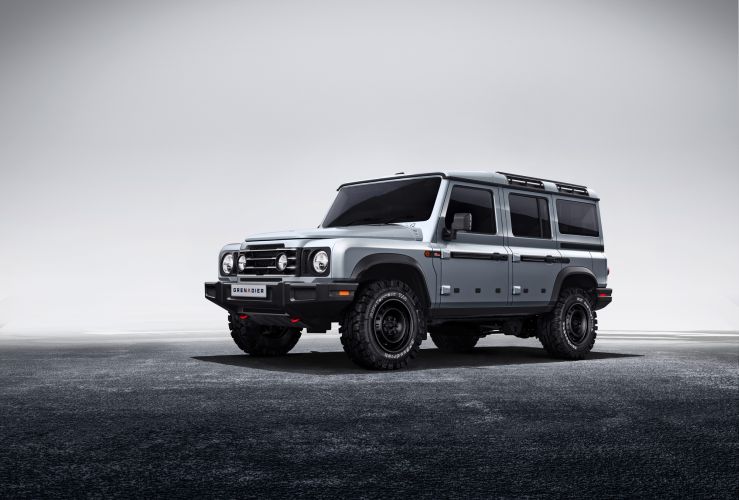 The new off-roader is the brainchild of UK billionaire Sir James Ratcliffe, who has ploughed hundreds of millions of pounds into the project.

The idea for the vehicle arose after Sir Jim learned of the demise of the old Land Rover Defender.

The new vehicle will feature a BMW engine and Italian Carraro beam axles - but will be assembled in South Wales, creating hundreds of jobs in the flailing UK car manufacturing sector.

The Grenadier will have a petrol or diesel power plant - as opposed to an electric engine.

According to Ineos, current electric engines do not have the muscle for an offroader like the Grenadier.

“In time the electric motor will take over," said CEO of Ineos Automotive, Dirk Heilmann, “but as Mr Dyson and others have found out, if you want an electric motor you need to solve the problem with the energy, and for this kind of vehicle we feel it needs to be powered by more than battery because that would eat into our payload, costs and weight.”

Despite the UK and international economic woes, the firm remains positive about the chances of the Grenadier.

Heilmann explained: “We’re not deterred by what’s going on at the moment because we believe this vehicle has a place. It’s durable, reliable and very capable. A tool you need to go exploring, pursue adventures you want to conquer.

"We are investing £1,000m in this venture and made the decision very early on that we are going all the way with this."

Sir Jim Ratcliffe and the Ineos Grenadier hope to succeed where Sir James Dyson failed; Dyson spent £500m on developing an electric car - set to be built in Singapore - before scrapping the scheme.

The cost of developing the necessary power plant - the battery - was a key pitfall. Ineos, by contrast, is using the tried-and-tested combustion engine, with intentions of developing electric powertrains in the future.