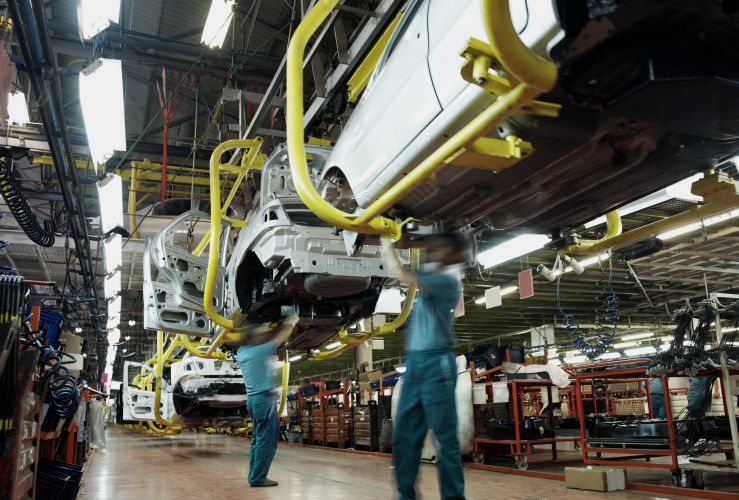 A selection of exciting new automotives will be on display at the Geneva Motor Show this week, but concerns over how Brexit will impact the industry have cast a long shadow.

The European car industry relies on a just-in-time production system, with factories across the EU producing engines and parts for other assembly plants in the bloc.

How this system will work after Brexit remains a deep concern for car makers across the UK and the rest of the EU.

Car firms have put in place a range of measures to deal with a disorderly Brexit, most notably shut-downs of varying lengths in the period immediately after Brexit day.

However, these plans have been cast in doubt with news that Prime Minister Theresa May is considering a short delay to Brexit.

Andy Palmer, the chief executive of UK-based sports car maker Aston Martin, told Reuters: “I’m sure I speak for most of the country when I say, we just want to get it done. We just want to know where we are and get on with it.”

The Gaydon-based firm has set aside £30m to handle a disorderly Brexit, having stockpiled parts and examined the possibility of importing components by air if ports become jammed - which many predict will happen.

On the face of it, Brexit is a UK problem, but Britain is the second biggest buyer of cars in Europe and the fourth biggest producer of vehicles - so reverting to WTO trade rules would create a huge headache for manufacturers EU-wide.

For example, Ford's UK engine plant builds engines for factories in Germany, so any border delay could have a big knock-on effect for the US firm’s continental production.

While Brexit is a big problem, there are other sea changes taking place in the global car industry. Demand from China has plummeted, while consumers are shying away from diesel vehicles.

And all this comes at a time when car makers must invest heavily in electric technologies if they are to remain competitive.

But UK-based factories cannot simply up sticks and leave, having invested many millions in new models and production facilities: shifting production overseas would be a costly process that would take some time to achieve.

In the short term, they will have to manage the challenges posed by Brexit.

Famous British marques McLaren, Bentley and Aston Martin all have dazzling new cars on display at Geneva, but how long the gloss will remain on UK car production is a question no one can answer just yet.