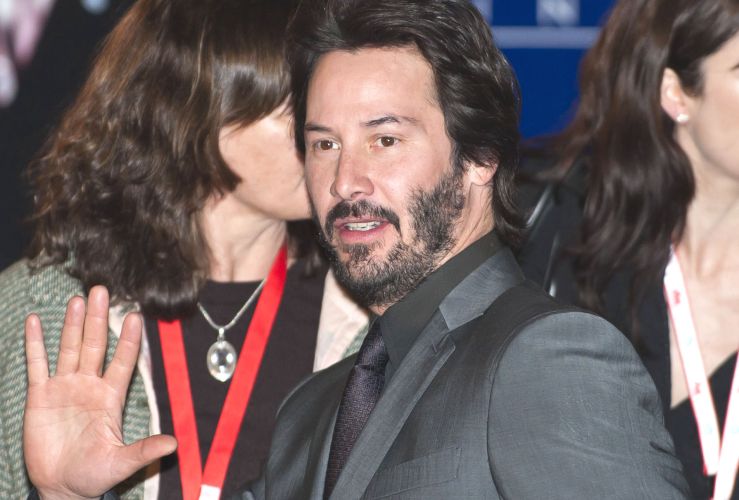 The bikes are custom-built for buyers in the firm's California factory. Customers can choose from more than 200 parts.

Reeves started the company with custom motorcycle guru Gard Hollinger. The star of Bill and Ted’s Excellent Adventure spoke to an assembled crowd in London from the Los Angeles plant: “When I first rode one of these bikes it blew me away. I’d never ridden anything like it. I wanted to make more but I didn’t just want it to be a custom motorcycle, I wanted them to be production motorcycles.”

Hollinger added: “We have a bonafide factory here where we build and manufacture production motorcycles. If you add that to all the work we do to make them meet all the regulatory guidelines, we’re a real little motorcycle company.

“Each motorcycle starts from around 540kg of raw aluminium that we machine into the parts that comprise a KRGT-1. When we’re done, three months later, we end up with around 50kg of that actually on the bike.”

The bikes are ordered online, a process concluded with a video call to the factory in order to finalise all the details. Each bike features an S&S 2032cc V-twin engine, mated to a six-speed gearbox.

While most orders will be taken from ArchMotorcycles.co.uk, machines can also be ordered from Kensington Motorcycles in South West London.

The company's first model, the KRGT-1, starts at a not-insignificant £89,500, with the 1S and Method 143 models to follow in the coming months. There may also be a KRGT-2 one day and possibly an electric model, the firm says.