Residents of Port St Lucie, Florida, were shocked to see a car driving backwards in a circle - apparently with no one behind the wheel. 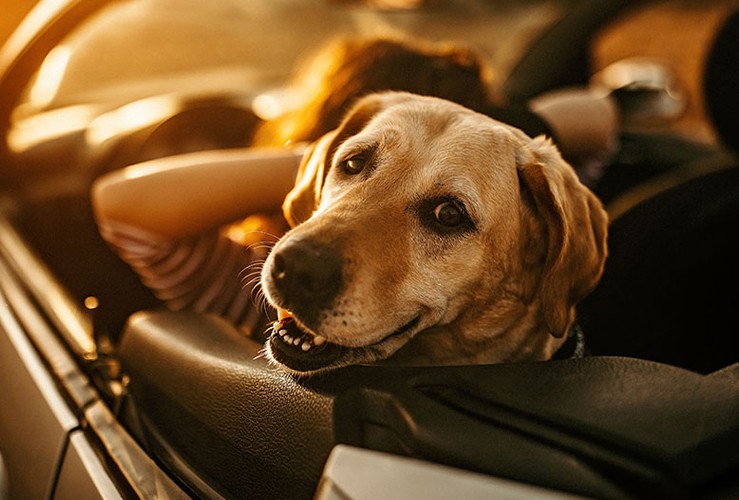 Police were alerted to the rogue vehicle, which was circling backwards in a cul-de-sac for a whole hour.

However, officers quickly realized the car wasn't in fact empty: it was being inadvertently “controlled” by a black Labrador: the unwitting canine motorist had accidentally shifted the vehicle into reverse.

Luckily the dog did not come to any harm - although the same cannot be said for a mailbox and rubbish bin, which according to WPTV was knocked over by the runaway car.

The dog's owner has reportedly promised to pay for the damage caused by his furry friend.

“[The dog] was doing pretty good until he hit the mailbox,” neighbour Anna Sabol told WPTV. “He went around for about an hour without hitting anything at all.”

Officers and fire-fighters arrived and brought the incident to a close by using a passcode to access and stop the car.

The Labrador was apparently unflustered by his accidental joyride.

Sabol said: “I saw the dog jump out of the car, wagging his tail,” adding that she believes the canine deserves a driving license. “I was like: ‘Okay, good driving!’”

The dog was driving on the same patch for so long that tyre marks were left on the road.

The owner, who said he preferred to remain anonymous, explained he had left the car running in the street, and the Labrador had somehow knocked the car into reverse.

You can watch a video of the incident here: https://www.independent.co.uk/news/world/americas/dog-drive-car-reverse-florida-labrador-a9214116.html?amp