Leaving your child in the car while you get fuel: what the law says 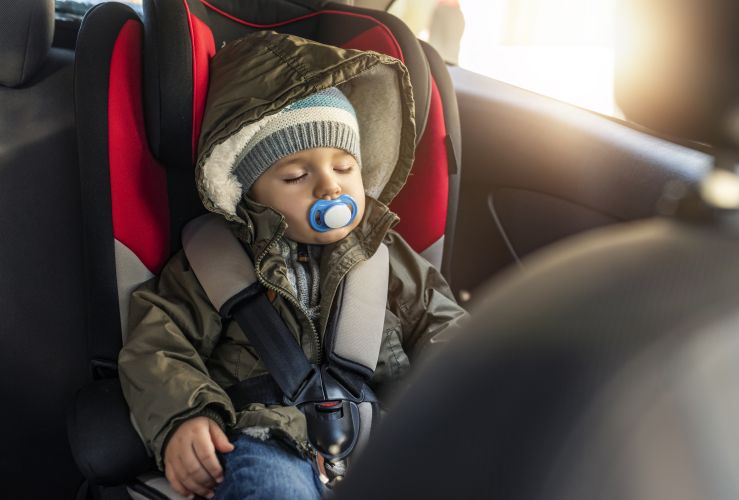 When getting fuel at the petrol station, should you take your children with you when you pay, or leave them in your vehicle?

It's a question that ignited a lively debate on Mumsnet recently.

One mother said she was horrified to discover her husband leaves their 20-month old toddler in the car while he fills up and pays for fuel. She, conversely, says she would never do this.

As reported by the Derby Telegraph, the mother wrote:

"Please settle this disagreement for me and my DH [dear husband]!

"Leaving toddler (20 months) in the car while you go and pay for petrol. Would you do it? I would not (unless I was using pay at the pump, then I wouldn't get her out as I'd be stood right next to the car) but DH says he would and has.

"I'm horrified that he's left her and have said I really don't want him to do that again, he thinks I am ridiculous and 'it's only for two minutes'."

There was a mixed response to the post. Some agreed with her, while others believed she was being overprotective.

What does the law say?

It is illegal to leave a child alone if it puts them at risk - according to the UK government website gov.uk.

Judgement should be used about the maturity of a child as regards leaving them unsupervised at home or in a car.

Parents may be prosecuted if they leave their child alone 'in a manner likely to cause unnecessary suffering or injury to health'.

Speaking to the Hull Daily Mail, Chris Cloke, head of safeguarding in the communities at the NSPCC, said:

"When left alone in a vehicle, young children can very quickly start to get anxious and distressed.

"Even if they're sleeping peacefully when you leave they could well wake up and get very upset when you're not there to look after them.

"They would not be able to protect themselves in an emergency and may even try to leave the vehicle to find you.

"As children become older, parents need to exercise their own judgement. If they can see the car the whole time it may be sensible depending on your child's maturity.

"Every child is different and every parent knows their child's readiness to be left in this scenario."