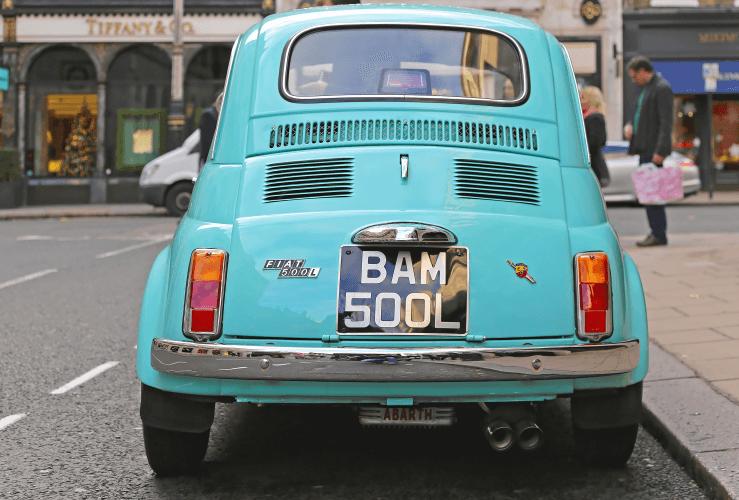 As a unique or quirky way of expressing yourself, it doesn't get much better than a witty or meaningful number plate. Every year, thousands of UK motorists wrack their brains for ways to combine the DVLA memory tag (the first two letters), with the age identifier (the next two letters) and the three random letters that appear at the end of the plate.

Most personalised number plates are permitted, but there is a long list of combinations that are not allowed.

These have been deemed as potentially offensive or in poor taste by the DVLA. Because the date letters change each year, the UK’s car licensing organisation has to draft a new list of banned plates annually.

The list is rather colourful and as such we haven’t reproduced them on this website. But if you're curious, you can see the plates here.

A DVLA spokesman told the Express: "The vast majority of registration numbers are made available but the Agency holds back any combinations that may cause offence, embarrassment or are in poor taste.

"Every year a list of number plates are banned for being deemed to be too offensive or inappropriate.

"Many people enjoy displaying a personalised registration number and there are over 50 million registrations available on our website with almost endless possibilities of combinations to suit a person's taste, interests and budget with prices starting at just £250."

The DVLA only sells personalised number plates for use with vehicles that are, or will be registered, taxed and driven in the UK.

You’re also not allowed to make a vehicle look newer than it is. For instance, you're not permitted to fit a '09' registration number to a vehicle that was registered in 2001.