“No-deal” Brexit will cause UK car production to plunge

“No-deal” Brexit will cause UK car production to plunge

The Society of Motor Manufacturers and Traders (SMMT) has warned that a “no-deal” Brexit could mean 1.5m fewer cars are built by UK factories over the next five years. 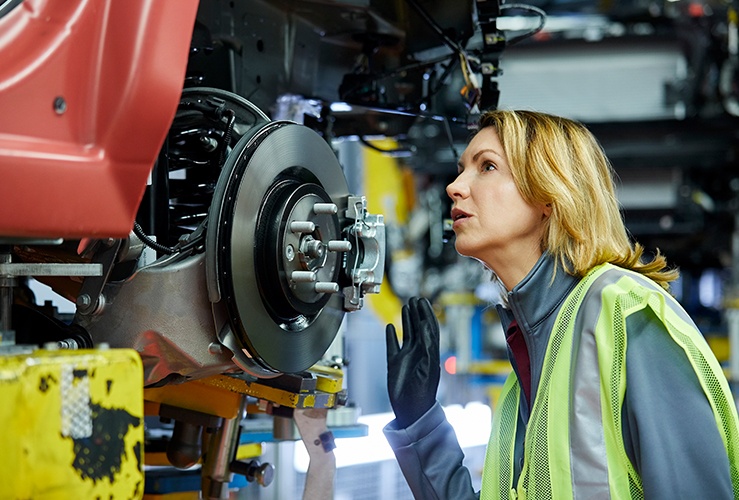 The SMMT said without a deal in place UK car manufacturing could face £40bn in lost production by 2024.

No deal would mean falling back on World Trade Organization (WTO) rules which, says the SMMT, would add £3.2bn a year in costs to British car makers.

The predicted drop in yearly output from 1.3m vehicles to 1m would also be influenced by falling global demand and firms moving production outside the UK, alongside WTO tariffs which would make buying components from overseas more costly.

Before the EU referendum the UK was on course to build 2m cars annually.

However, the SMMT's Mike Hawes said: "Rather than producing two million cars a year by 2020, a no trade deal, WTO tariff worst case scenario could see us making just a million."

Mr Hawes also predicted that production of new vehicles that would have been British-built could be transferred "to more competitive and welcoming production locations."

"The next government must deliver the ambition, the competitive business environment and the commitment needed to keep automotive in Britain."

The UK car manufacturing sector has experienced its weakest nine months of a year since 2011 - a drop of 15.6%.

Both Honda and Ford are planning to close their UK plants, but say their decisions are unrelated to Brexit.

Meanwhile Peugeot said the survival of its Vauxhall plant in the UK will depend on final post-Brexit trade arrangements.