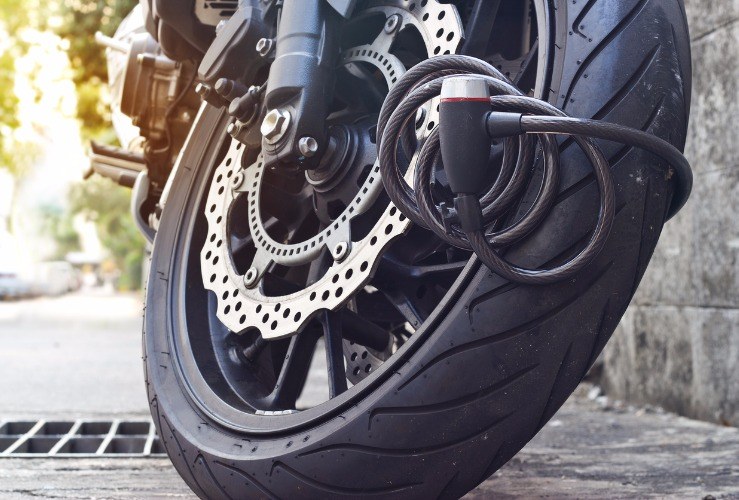 Last week, the streets of Bristol echoed to the sound of motorcycle engines: more than 600 bikes rumbled through the city, passing major landmarks and particular neighbourhoods.

But this was no regular biker rally.

These bikers gathered as a very audible protest to the surge in motorcycle thefts which has blighted many parts of the UK in recent years. As well as passing through the city centre, 'The Big Bike Theft Awareness Ride 2018' moved through areas of Bristol where motorcycle theft has become a particular problem.

Those who carry out these crimes are not always working alone or in small teams - some are operating as part of large gangs. The Bristol Bike Taker Gang is one of the most infamous, prone to stealing bikes to joyride around the city, before posting videos of their crimes on social media.

In response, Avon and Somerset Police launched Operation Buell, which has led to the arrest of several gang member suspects over the last year, as well as bike thieves in general.

But both in Bristol and across the UK, the scale of the task facing police is huge. Back in 2012, around 8,000 motorcycles and scooters were stolen nationwide. In 2017, the figure had surged to more than 30,000.

In addition, 'moped enabled thefts' have seen a significant increase, particularly in London. In 2012, 827 such thefts took place in the capital, rising to more than 23,000 in 2017. That means the chances of having your phone snatched in London has risen 30-fold in the last five years.

But why has there been such a surge in two-wheeled thefts? Reasons are hotly debated, but the influence of social media, availability of new power tools and austerity are often cited.

One website that is leading the fightback against motorcycle theft is BikersUnited.co.uk, a database where the public can report stolen bikes, suspicious activity and even sellers whose wares' provenance may be questionable. The information is collated and passed on to the police.

The database was launched by Ben Cope, founder of Visordown.com, which attributes most motorcycle and scooter thefts to two reasons. Bikes are either stolen to be sold as complete machines or broken down to be sold as spares, or they are used to commit further crimes.

Ben Cope said: “As an individual, it’s hard to tackle bike crime. However, as a group our collective input can make a difference.

Bikers are, and have always been, a tight-knit community, and there is a huge appetite to help the police track down and prosecute criminals who have, up to now, been operating with impunity.

The structured nature of our reporting system enables us to build a picture of where these criminals are operating and gather clues that will prove vital for additional evidence to the police. It will also alert local bikers to incidents in real-time and with this knowledge they can help look for your bike and ensure they maximise their own security.”

Last year, the Metropolitan Police launched its Be Safe campaign, which urged scooter owners to improve the security of their bikes. A video produced for the campaign demonstrates how easily scooters can be stolen, and how such stolen vehicles are often used to commit further crimes - such as mobile phone thefts. The comments section demonstrates the strong feelings this topic engenders.

Thefts on the continent

However, while the situation is bad in the UK, other European countries are also struggling with motorcycle theft. In 2016, 55,400 motorcycles were stolen in France, which has a population comparable to the UK. Italy, also similar in population size, saw 55,000 thefts. Over the same period in the UK, 27,217 motorcycles were stolen - although there is some disparity in how statistics are compiled, since thefts of two-wheeled vehicles that take place as part of burglaries are not included in the UK data.

But no matter which methods are used to count thefts, the UK has a serious motorcycle theft problem, with no obvious solution in sight. Comments on the Met's Be Safe campaign video are the usual mix of passionate and dismissive, but many support tougher sentencing for motorcycle thieves and urge greater efficacy on the part of the police, as well as better funding for anti-motorcycle-theft policing.

Until effective solutions are found, we can assume Bristol’s Big Bike Theft Awareness Ride 2019 is very much on.