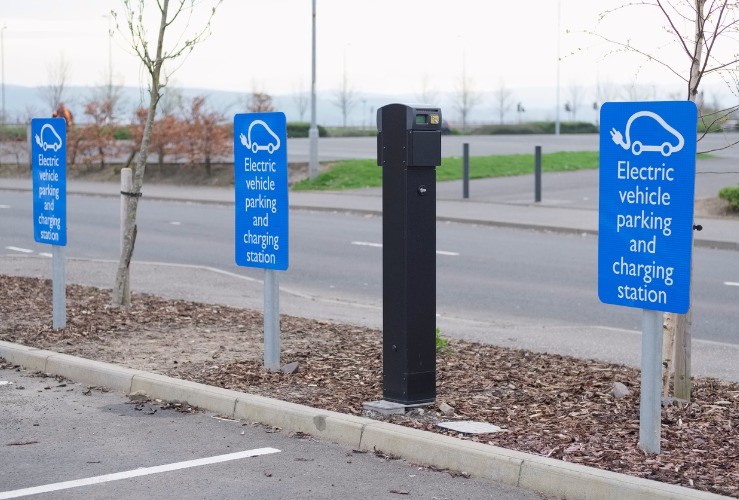 Customers at some Tesco stores will be able to charge their cars for free, under a new scheme planned in partnership with Volkswagen.

Customers will be able to hook up their car to a charge point, do their shopping, then return to their "substantially" charged vehicle.

A firm called Podpoint will build the network of charging bays for Tesco and VW. To what extent a battery charges will depend on the vehicle.

While Volkswagen itself has sold a modest number of electric cars in the UK (1,350 e-Golfs and e-Ups in the last four years), the German auto giant plans a significant expansion.

The firm says it wants electric versions of all its models by the year 2020.

Tesco has lagged behind rivals like Asda, Sainsbury's and Morrisons, who all have electric charge points in their stores.

However, the Tesco-VW tie-up represents a much larger scale investment in electric charge points than any of their competitors.

Other UK firms moving into the area include BP, which in June announced it was buying Chargemaster - a firm with 6,500 charging points, which also sells home charging systems.

Sales of electric cars remain modest in the UK, with 12,526 sold last year.

But the government wants all new cars in the UK to be "effectively zero emission" by 2040 - and electric cars are the only viable, mass-market alternative to petrol and diesel vehicles.