UK Zapp i300 electric scooter unveiled ahead of Milan show 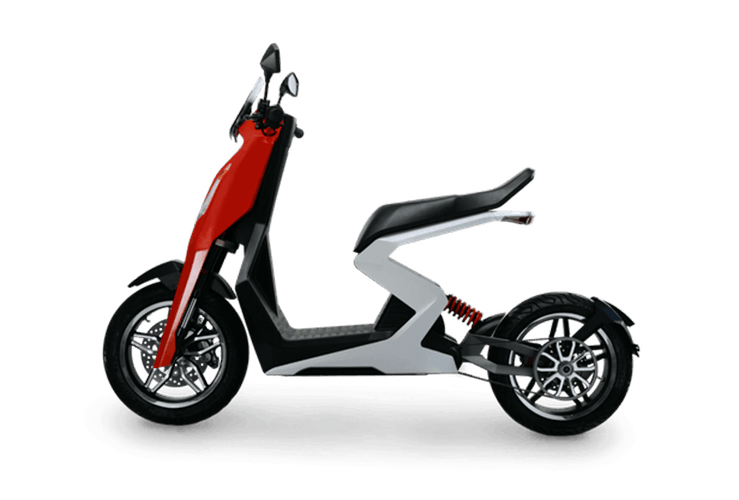 The EICMA motorcycle and scooter show is about to get underway in Milan, and there has been the usual glut of new machines being unveiled ahead of the event’s first day.

One of the more exciting new models is the i300, a two wheeler from British start-up firm, Zapp.

With an electronically limited top speed of 60mph (96km/h), the i300 is officially one of the quickest electric scooters on the market.

Behind this impressive speed is a 14kW/18.7hp motor, which is leagues ahead of most electric scooters - fitted as they generally are with motors in the 2-4kW range.

The machine also boasts some impressive torque: 587 Nm (433 ft-lbs) to be exact. That’s more than the vast majority of even the most powerful electric two-wheelers.

Where the i300 arguably falls down is the battery capacity - which obviously directly impacts range. The machine is fitted with two 48V cells rated 1.25 kWh for a combined 2.5 kWh of capacity. This set up delivers a rather meagre 37 miles of range, which pretty much rules out intercity travel, unless riders have juiced-up batteries ready at their destination.

What's more, if users decide to enjoy the machine at its top speed, the range is reduced further.

The i300 is based on a chrome-moly steel tube frame, with an aluminium exoskeleton that itself supports weight. The bike also features manually adjustable pre-load suspension on the front fork.

The bike offers regenerative braking, together with the ability to activate regen on throttle release. The manufacturer says this can add (a much needed) 10 to 20% to the range.

Pre-order of the motorcycle is available in the UK, France, Italy, Netherlands, Belgium and Germany and comes in a choice of six paint-jobs, including - you guessed it - a Union Jack livery.