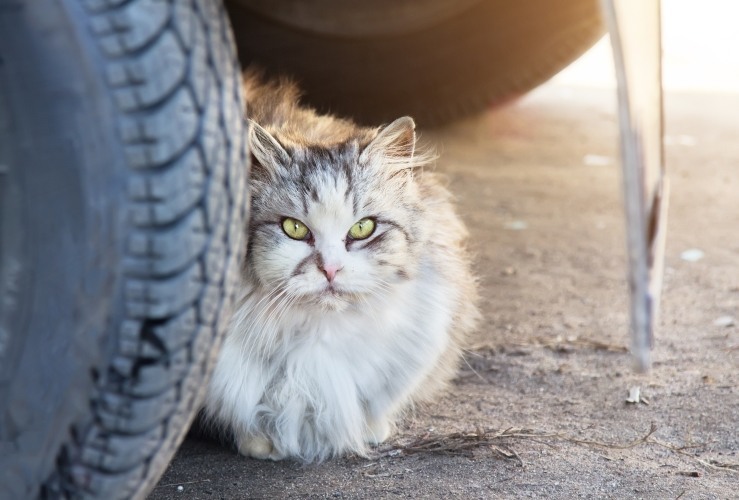 Nissan's latest video campaign (#KnockKnockCat) encourages motorists to check under their vehicles for cats before driving off – amassing more than 800,000 hits on YouTube.

The video begins with a montage of cute felines getting up to a variety of antics, before switching to a more serious message. Highlighting the fact that cats love to find warm places to sleep in winter, the video suggests drivers check under their cars for dozing kitties by knocking on their car roof.

Cats appear in various sections of Japanese culture, perhaps most famously through the Hello Kitty character, who first appeared on a purse in 1975. Today, the little cat (“born just outside London”) is at the centre of a phenomenon worth $5bn per year.

But the Japanese are big fans of real cats too. Aoshima Island is a Japanese island filled with cats and attracts thousands of cat-loving Japanese people every year.

The Japanese winter takes place roughly during the same period as it does in northern Europe, so the message to check under your car for furry friends is just as relevant here as it is in Japan.

You can watch the video here: https://www.youtube.com/watch?v=vO3xyqh0Mjk.

Do let us know what you think of the video.