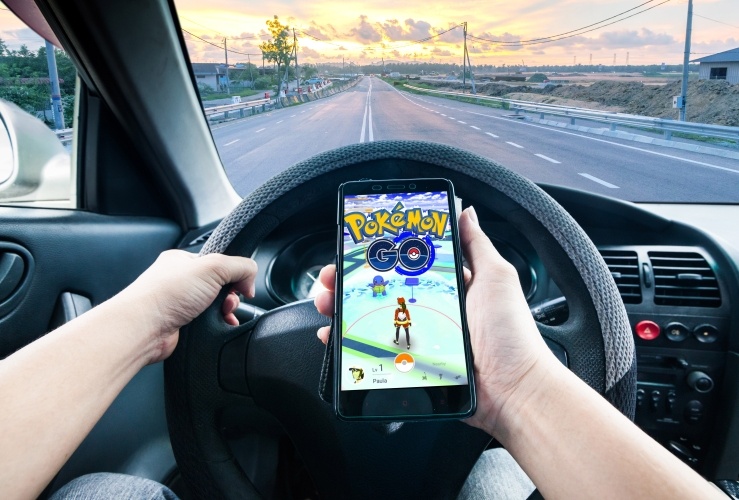 To some of us, it's a strange way to spend one's time: traipsing around otherwise unremarkable urban areas hunting for digital beings with names like Bulbasaur and Pikachu. But millions of people around the world are thoroughly enjoying doing just that, while playing the augmented reality mobile game, Pokémon Go.

But when the Pokémon-catching migrates to the motor car, things can get more serious – especially for those behind the wheel.

Already authorities are cracking down on playing Pokémon while in charge of a vehicle.

In Taiwan, police issued 349 Pokémon related fines within days of the game's release.

The Vietnamese Thin Blue Line is also taking a dim view of Pikachu-chasers; officers in the southern province of Dong Nai have been instructed to penalise Pokémon gamers.

Sadly, the risks of playing Pokémon behind the wheel have become all too real in Japan, after a motorist hit two pedestrians at an intersection, killing one: the man admitted he was playing Pokémon at the time.

In the US too, Pokémon Go has caused casualties. One man smashed his car into a tree while playing the game. In another incident a girl was hit by a vehicle after wandering onto a highway while transfixed on catching Pokémons.

In California, lawmakers have been making moves to place an outright ban playing the game behind the wheel. Last week California’s Assembly sent Governor Jerry Brown a proposal which would ban the practice, expanding on an existing law which prohibits texting while driving.

So, as budding Pokémon Masters, it’s important to carry out our training responsibly. Otherwise what was meant to be a fun game could turn into something far more serious.