In today's increasingly high-tech and connected world, there are a host of potential distractions that can make it harder to keep our attention on the road. Here we explore 10 of the most common driver distractions - and not all relate to technology. 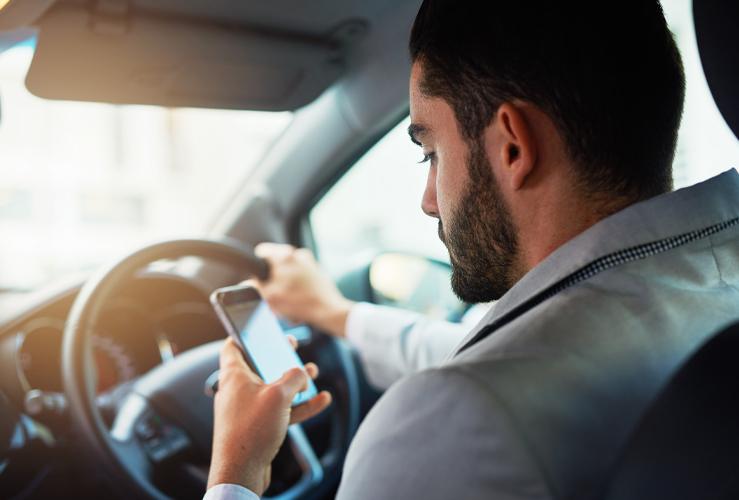 Texting behind the wheel has been illegal in the UK for some time. You can only use a handheld device behind the wheel when you are safely parked. You cannot use your phone while waiting in traffic or for traffic lights to change. The most recent data available - for 2016 - showed there were 32 fatal crashes where a handheld device was factor. Offenders can get six penalty points and a £200 fine. Those who have passed their test in the last two years lose their licence.

Using a phone as a satnav

UK law specifically prohibits using a sat nav/map on a handheld device for navigation. It goes without saying that this practice encourages drivers to look away from the road.

In-car infotainment systems are designed to facilitate things like navigation and voice-activated in-car calls. However, not all infotainment systems are created equal. The cognitive workload required for each can vary widely, as one American study by the William J. Horrey of the AAA Foundation for Traffic Safety found. The research also found that cognitive impairment can last "up to 27 seconds" after, for example, making a voice-activated music selection. The report also found that the level of impairment did not improve with practice.

Automatic transmissions are of course designed to make driving easier and simpler, but in a TED Talk in 2018 Dr. Reimer at M.I.T. suggested it may lead to more problems: “Who would have thought automating simple things like shifting gears would have made it so much easier to pick up the smartphone?"

Wearing headphones behind the wheel

There is no specific law prohibiting the use of headphones behind the wheel, but it is not advisable in the least. You may not be able to hear horns or, more importantly, emergency service sirens.

Talking to other passengers while driving is a double-edged sword. While anything that takes your mind off the road ahead could reduce your ability to perceive hazards, talking is a good way to stay alert when feeling tired. 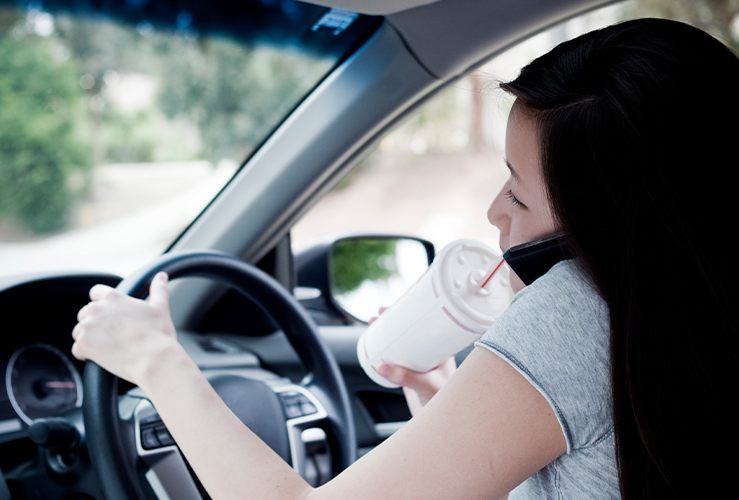 Grabbing a bite to eat or sipping on your ice vanilla latte while driving is not illegal as such, but if the police believe you are driving carelessly you could be prosecuted - or face a £100 on-the-spot fine.

Smoking behind the wheel

As with eating and drinking, smoking behind the wheel is not illegal. But again, if the police think you're not in full control of your vehicle, they could prosecute or issue a fine. Needless to say, lighting up and puffing away could take your mind - and hands - off the road. 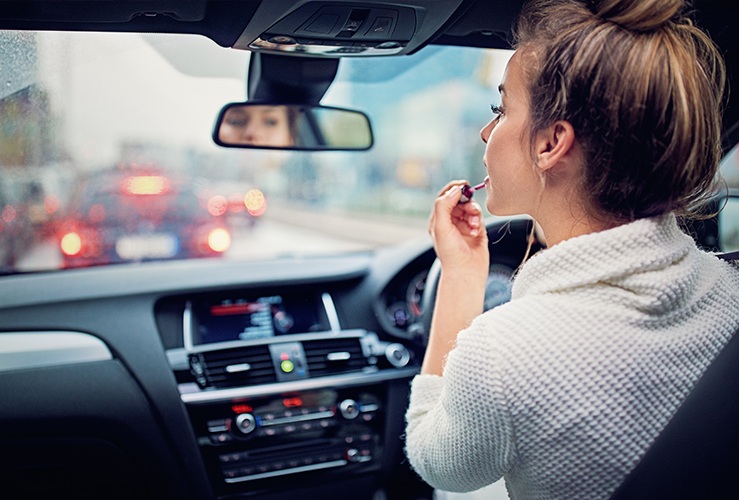 While many women can apply makeup swiftly and in the trickiest of situations, doing so while driving could be very dangerous. There is no specific law against it, but the police will take a dim view if they catch you at it. Prosecution or an on-the-spot fine may result.