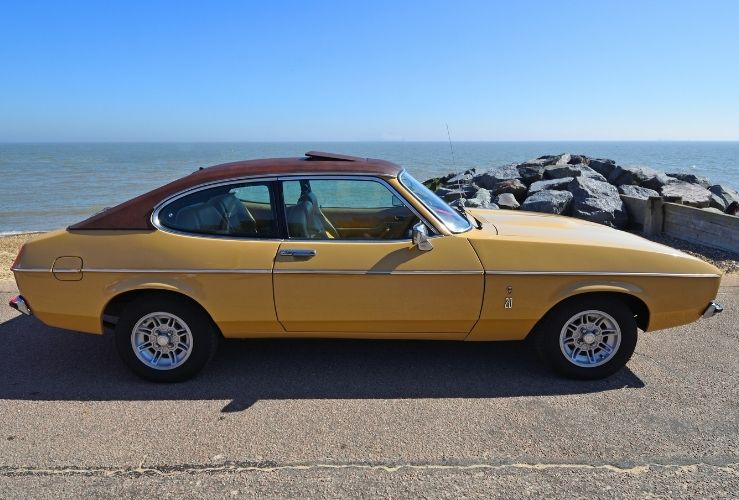 Today's cars are a dichotomy - they are both more complicated and simpler than they were a few decades ago.

The complexity is largely hidden away - circuit boards, wires and motors secreted behind dashboards and binacles that help make the driving experience as smooth - and simple - as possible.

Years ago, the situation was different. Cars were far simpler than they are now, but they required a lot more 'driver participation' in order to drive and manage.

If you're a young whipper-snapper, you probably won't have seen or heard of the following automotive features.

Think of car phones and an image of a large plastic brick may arise - perhaps pressed to the ear of a pin-stripe city-boy in a Jag.

But the car phone was not initially the preserve of 1980s “yuppies” - it was actually invented way back in 1946 in the USA.

The first system weighed 80 pounds and was used right up into the 1980s in parts of North America.

Being able to make a call in a car was once the preserve of the well-off, but is now done without a second thought by most of us (not while driving though!).

Today's driver has access to a near-infinite amount of music via Bluetooth and their internet-connected device. But if you wanted to listen to the tunes of your choice in the 1970s and 80s, chances are you would be using a cassette player.

Cassettes offered good quality sound but could get chewed up easily, resulting in road-side pitstops where driver or passenger found themselves covered in reams of shiny brown tape as they attempted to get Glen Campbell back on track.

Notably, the car radio has survived for decades, although it has of course been updated from analogue to digital. 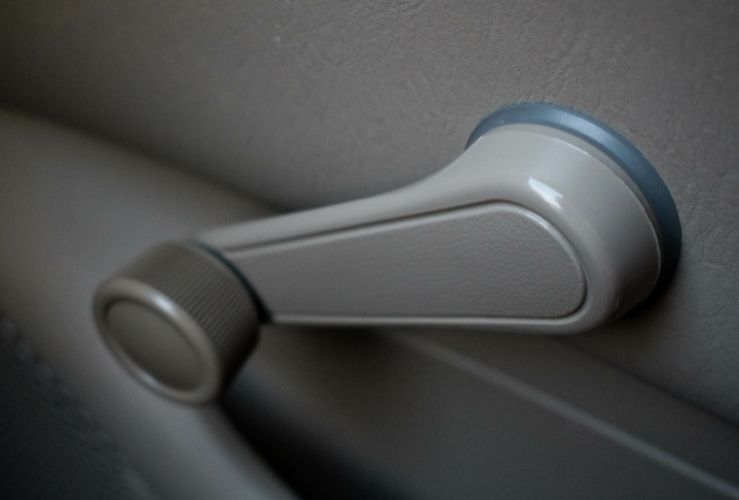 Today you can raise or lower a car window at the press of a button. But although power windows were invented in the 1940s (as a luxury feature on the Packard 180), they were not commonplace until the 1980s.

Back then, getting some fresh air or blocking out the cold was akin to a minor gym workout.

Even some sunroofs required a vigorous effort from the deltoid and extensor digitorum. 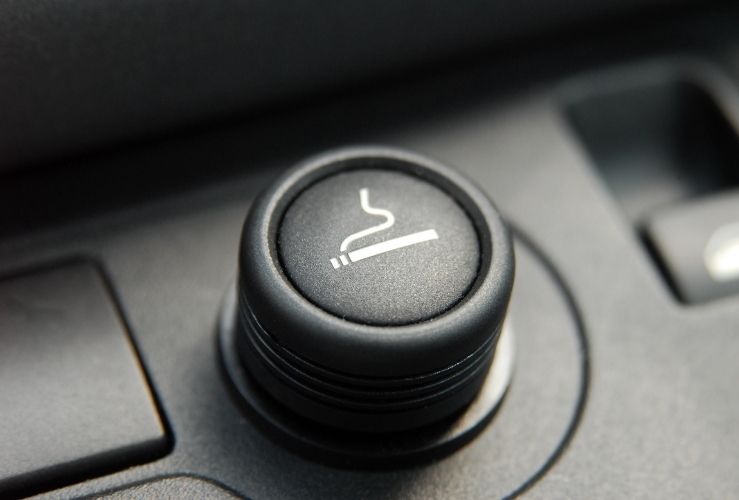 Decades ago, smoking was undertaken pretty much everywhere - from theatres to shopping centres to pubs. It was also acceptable to spark up in your motor, with your spouse and 0.4 children able to inhale the fumes too (thank goodness for window handles!).

To aid the dedicated puffer of yesteryear, cars were fitted with cigarette lighters, which when depressed would take an age to heat up.

Today, this device has been replaced with an electric charger socket, used to power everything from phones to vapes. But many still refer to it as ‘the cigarette lighter'. 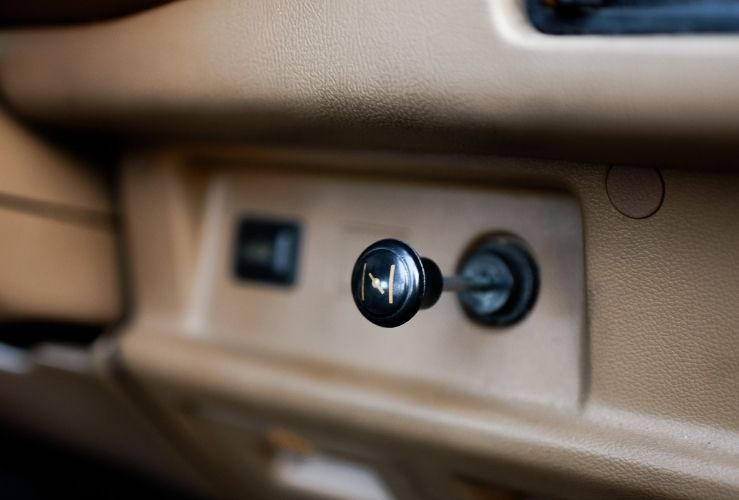 On the subject of choking... back in the mists of time, a driver sometimes needed to use their 'choke' to get started in the cold.

This rod was moved backward or forward to restrict the flow of air in the carburettor of the engine, helping to enrich the fuel-air mixture and improving the ability to start up in low temperatures. A rather tedious procedure that required a basic understanding of how fuel is affected by the cold.

Of all the bygone car features on this list, the crankshaft is the most antiquated - and the most dangerous.

Up until the 1950s, a motorist would need to fix a handle to the front of their car and wind it to start the engine.

Occasionally the car would backfire and the handle would whizz in the opposite direction, injuring the cranker.

Today the electric starter does all the work.

Car radios of old had rather poor receivers, and so required an aerial in order to pick up John Peel or Terry Wogan.

Today’s radios have much better receivers and so don’t need an aerial.

Parking up a car in the 1970s meant remembering to push down the aerial so it didn’t wave around in the wind - or get bent by a passing vandal! 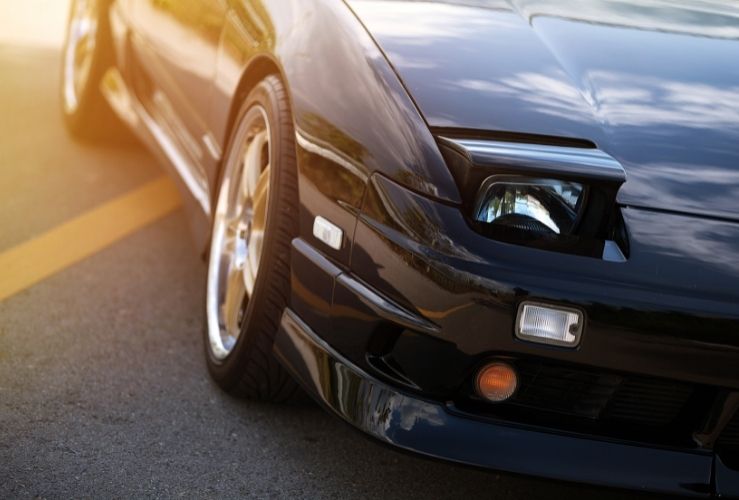 Pop-up headlights were once the hallmark of a very sporty car.

Cool as they might look, their sharp edges were deemed unsafe because they could increase injuries to pedestrians in the event of a collision.

The last cars to feature pop-up headlights were the Lotus Esprit V8 and Corvette C5 in 2004.

Seeing a driver manhandle a spare wheel onto their broken down car was once a common sight on UK roadsides. But in an effort to increase boot space, and reduce weight and emissions, carmakers have largely dispensed with the spare tyre or spare wheel, preferring to provide (much cheaper) repair kits instead.

In any case, the skills needed to change a tyre or wheel have faded among the driving population. 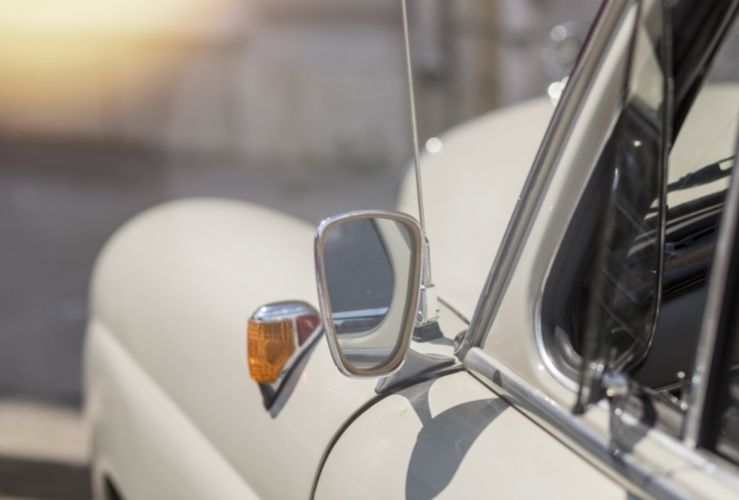 If you’ve only recently started to drive, vent windows will be something of a mystery.

These little triangular shaped windows would be set in front doors and open to help ventilate the car.

They were actually very good at letting the fresh air in, but they were also prone to letting rainwater in, and making it a little too turbulent for some passengers.