Say what you like about the 1970s, but it produced some stylish looking cars.

Here are the top 10 best selling motors in the UK in the 1970's; the decade that brought us Abba, space hoppers and the occasional energy crisis.

Rankings based on registrations from 1970-79. 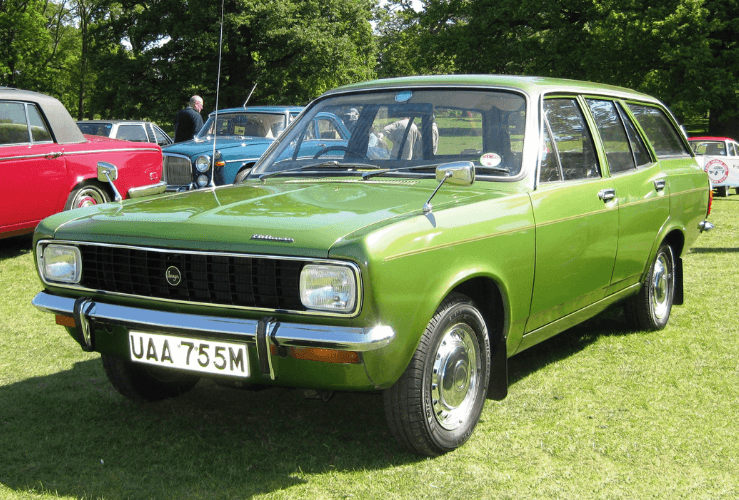 The Hillman Avenger went by many names as Rootes/Chrysler tried to flog it worldwide; Plymouth (USA); Dodge (South America) and Hillman here in the UK.

While it was considered a stylish car, it never enjoyed the glories experienced by Vauxhall or Ford on these shores.

After being re-badged as a Chrysler in 1976, in 1979 it was burdened with one of the least-cool car marques ever: Talbot. 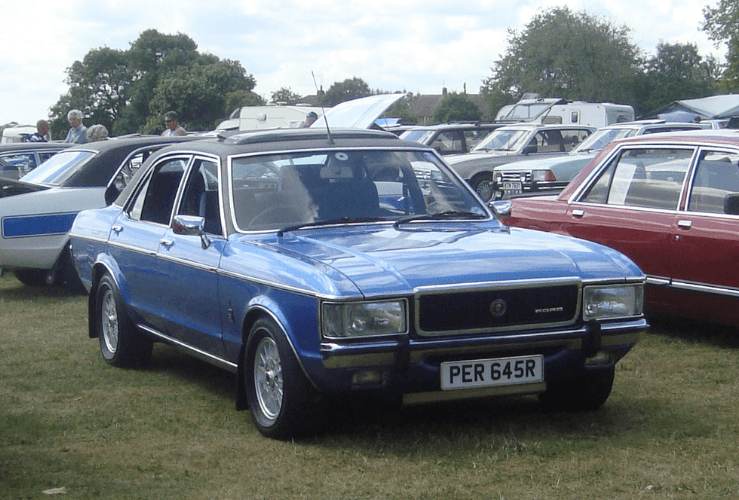 By the dawn of the 1970s, Ford's Zodiac and Mk 4 Zephyr were looking a little dated. But the arrival of the Granada and the Consul ensured Ford remained relevant - and proved that you could build a car that was as popular in Birmingham as it was in Paris, Frankfurt or Rome. 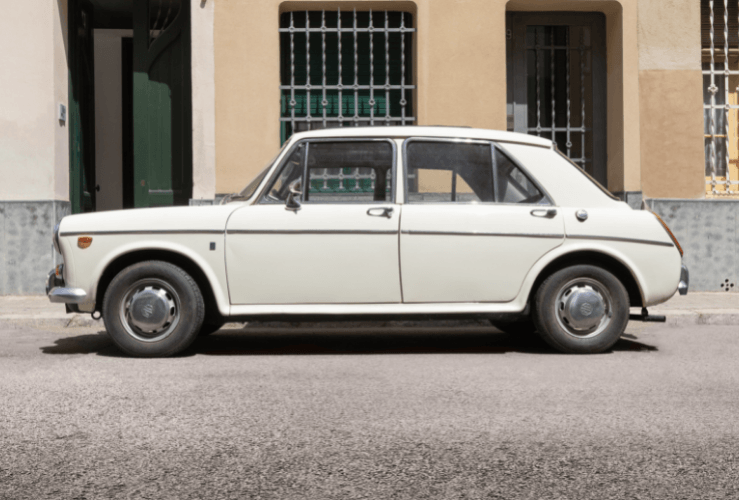 Austin 1100s/1300s are reminders that not all UK-based car makers produced bad vehicles. Indeed, these models were technologically superior to rivals from Rootes, Vauxhall and Ford.

In 1974 production ended and the Austin Allegro took up the mantle of the 1100/1300. Sadly it was not quite as fun to drive as its predecessor. 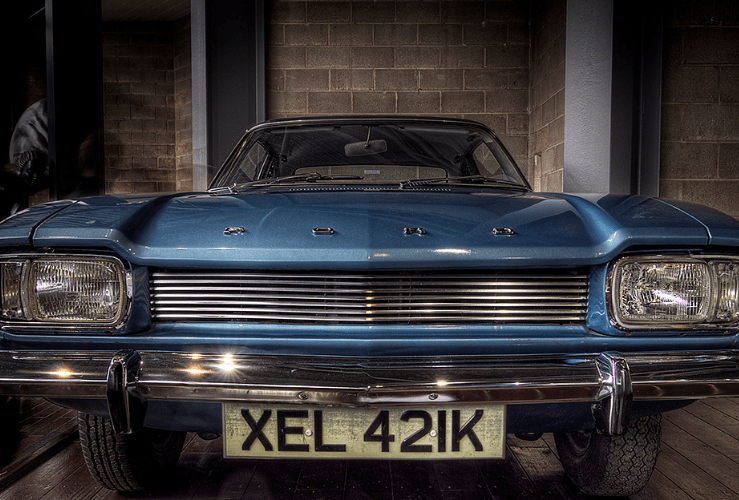 Launched with the strapline 'The car you always promised yourself', the Capri was a rapid hit.

It fused simple mechanics with sporty styling and an affordable price tag.

Almost single-handedly creating a market for 'pony' cars in Europe (like 'muscle' cars but smaller), the Capri sold close to 400,000 in the ‘70s. 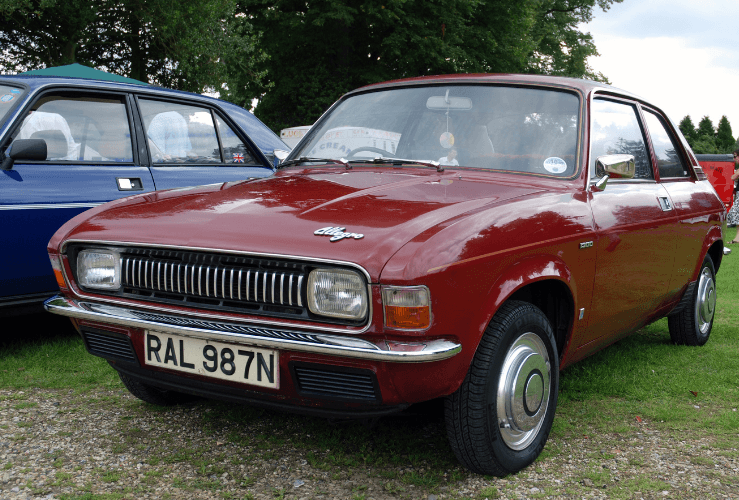 In a sense, the Allegro epitomised the state of the British car industry in the 1970s - a period that would spell the beginning of the end for large, UK-owned car corporations.

Despite being so-maligned, the Allegro didn’t cease production until 1982.

Today, it's regarded with more fondness and is considered a solid starter vehicle for would-be classic car enthusiasts. 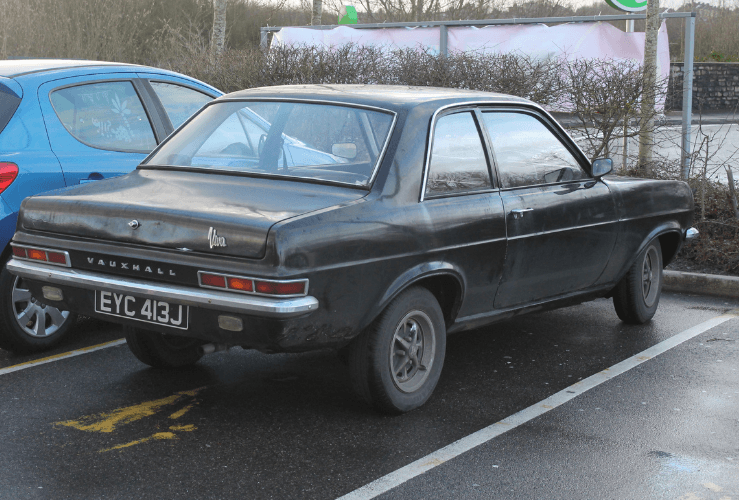 Credit: By Charlie from United Kingdom - 1971 Vauxhall Viva, CC BY 2.0, via Wikimedia Commons

Despite its popularity in Britain, the Viva would go the way of the dodo thanks to GM integrating its German and UK production facilities.

Still, it's fondly remembered by many, having sold more than half a million. 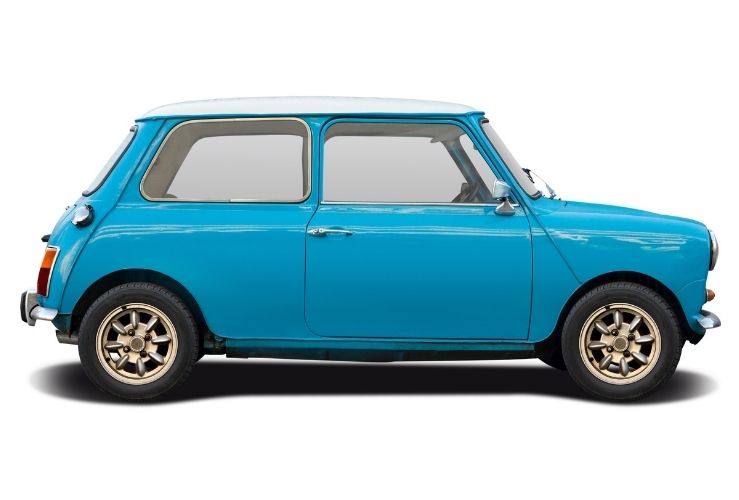 This classic of the 1960s survived well into the 1970s and beyond, despite being optimally refined by the end of the Sixties.

Its natural successor - at least in terms of size and petrol consumption - was the Austin Metro, which came along in 1980. That said, the last 'proper' Mini didn’t roll off production lines until the year 2000. 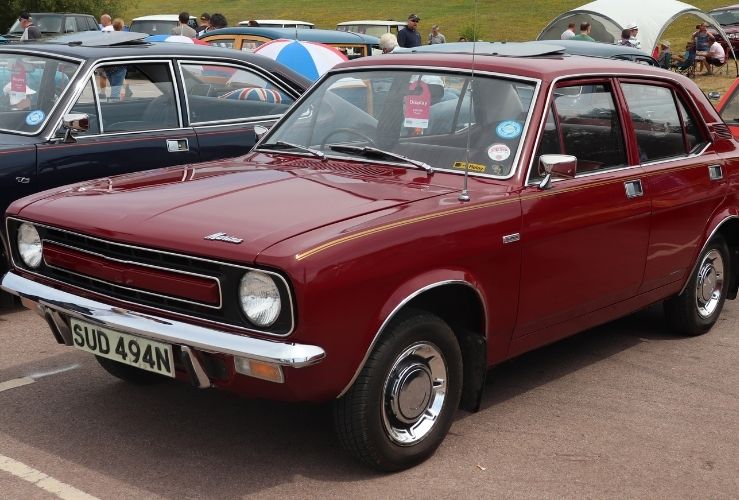 It may have been the third best-selling car of the 70s, but history does not reserve a special place in its heart for the Morris Marina.

The top brass at British Leyland hurriedly dreamt-up the Marina in order to snatch some of the Ford Cortina's glory. And somehow, despite its many shortcomings, it did so. 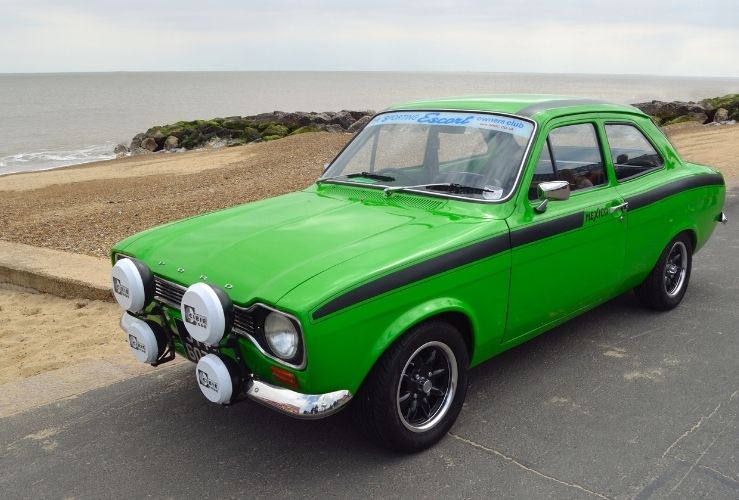 Over its 33-year history, the Ford Escort sold a whopping 4.1 million - a quarter of which flew off the forecourt in the 1970s.

While perhaps not as eye-catching as the Anglia, it was just what many younger folks were looking for - not least because it proved it mettle out on the rally course. 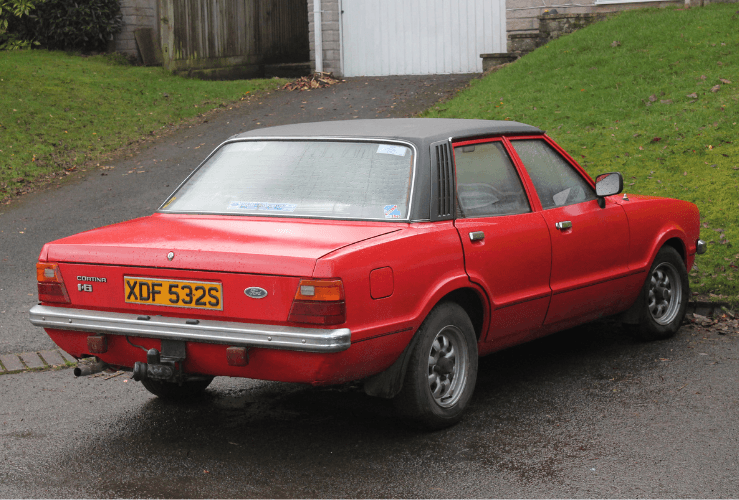 The Cortina's success was by no means assured - indeed, for Ford it was big gamble. To be exact, the Mk 3 was the biggest wager of all because it had such a wide range of engines - ranging from 1.3 to 2 litres, thus eliminating the Ford Corsair in the process.

Needless to say the gamble paid off, and the Cortina dominated UK car sales throughout the 1970s.