The 1980s were remarkable in many ways. It was the decade in which pop music was dominated by Michael Jackson, Madonna and Phil Collins, and the period that saw the demise of unions and the rise of the City of London under Margaret Thatcher.

But it was also a fabulous time in the evolution of the automobile.

While British car marques were swallowed up or went out of business (a la British Leyland), Japanese carmakers set up factories across the UK - led by Nissan in 1986.

But what about 'normal' cars? Here we take a look at the most popular cars in the 1980s. 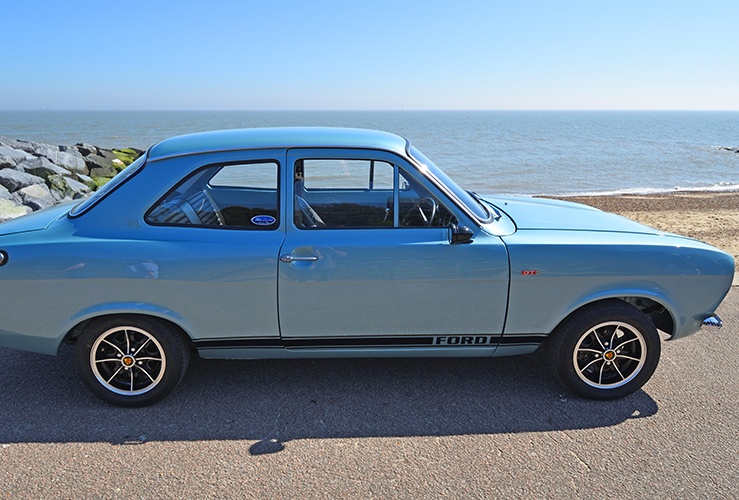 In 1968 the ageing Anglia was replaced by the Escort, a car that would become as commonplace as shoulder pads during the 1980s. Built at Ford's Merseyside factory, it sold extremely well, and by the start of the decade, it also came in hatchback form.

It ended up dominating lists of best-selling cars from the 1980s.

The Escort lasted an incredible 36 years, with the last model rolling off production lines in 2004. By then it had sold a whopping 4,105,961 - a figure that beat all UK records until it was overtaken by the Ford Fiesta in 2014.

Anyone who grew up in the 1980s will remember the legendary XR3i variant, alongside the slightly less thrilling cabriolet and estate versions. 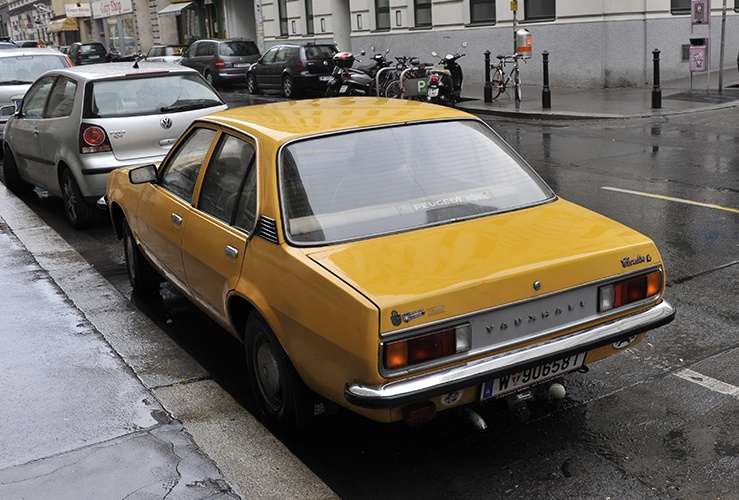 Playing second fiddle to the Escort was the Cavalier, built between 1975 and 1995. This large family car really became popular when the MK2 appeared in 1981.

807,624 were sold from 1981 to 1988. Front wheel drive and hatchback versions gave motorists extra choice, helping to make it one of the most popular cars in the 80s. 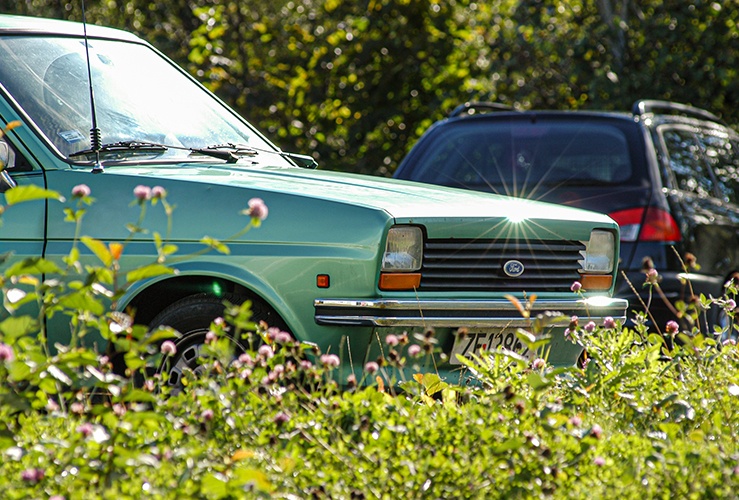 The plucky little Ford Fiesta was introduced in 1976 following the oil crisis of the 70s. The car-buying public wanted smaller, more fuel-efficient cars - and the Fiesta was Ford's answer to the frugal Fiat 127 and Renault 5.

The superb design made it one of the best 1980s cars of all.

But it wasn’t all about efficiency - there was the sporty XR2 model, which when released in 1984 wooed the boy racer crowd with its show-stopping 0-60mph figure of 9.3 seconds!

And the Fiesta name is still on our roads - although the current generation has little in common with the 1976 model.

In 2014 the Fiesta overtook its big brother, the Escort, to become the best-selling car ever in the UK - with 4.5 million sales.

Its most famous user was Lady Diaina Spencer, giving this workaday car a glamorous edge.

While it may not have lived up to the marketing of a "British car to beat the world", it did very well, having sold 2,078,218 by the time production stopped in 1998. 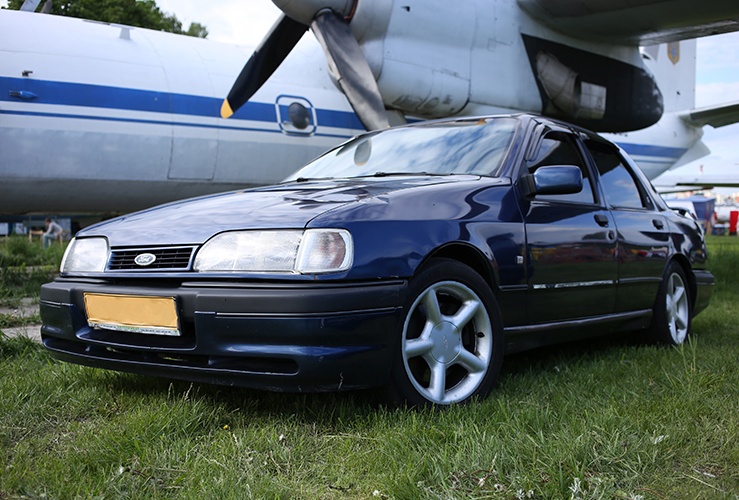 The styling of the Ford Sierra made it a figure of fun across the UK, and garnered it the nickname "Jellymould".

However, as time passed the public grew to appreciate - if not love - the Sierra. A much-needed facelift took place in 1987, which boosted sales throughout the 1980s. By 1992 the Sierra - a car of choice among travelling salesmen nationwide - was replaced by the Mondeo in 1993.

While not the most glamorous of cars, in 1986 Ford nevertheless made an RS Cosworth version of the Sierra, which could reach an impressive 150mph.

Compare the 1979 version of the Astra to the 2022 Hybrid-e model, and you'll see very few similarities. The first versions were German-built, but UK models started rolling out of the marque's Ellesmere Port factory in 1981.

Named What Car?'s Car of the Year in 1980, it was the first Vauxhall to feature front-wheel drive.

The car is still popular in the UK, now in its seventh generation. 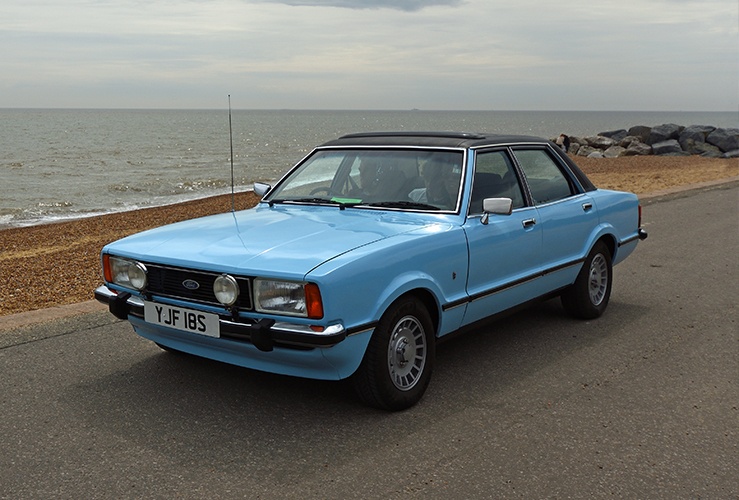 Each of the Ford Cortina's four generations sold one million, making it a household name across the UK.

The first version rolled off production lines way back in 1962, and by its final year of production (1982) it was still the second most popular car in the UK.

By the time the Cortina was replaced by the Sierra, it had sold an impressive 2.6 million over its 20-year life. It was also the best selling car in 1980 and 1981.

The Orion was a spacious family-friendly saloon with a generous boot. While arguably not the most iconic car to have graced British roads, the Orion sold a gob-smacking 3,534,239 in its decade of life (1983-93).

Orion's success was emulated by other carmakers, who made saloon versions of their hatchbacks. The Vauxhall Belmont (Astra) and Fiat Regata (Strada) are prime examples.

Succeeding the Maxi (hatchback) and Allegro (saloon), the Austin/MG Maestro was built from 1983-95.

It had some cutting-edge features, including the voice synthesiser and a digital speedometer. But these were small consolation for the substandard build quality and disinterest among fleet buyers.

Despite its slightly shoddy reputation, 605,000 were sold in its lifetime.

Launched in 1983, the little Nova was designed to compete with the Ford Fiesta and Austin Metro.

While the Nova's production was brief (it finished in 1984), it sold half a million in the UK.

However, in reality the Nova simply became the Corsa in 1993 - a model that remains one of the UK’s top selling cars!