The UK has among the safest roads in the world, so it's unsurprising we have a lot of road signs to keep things in check.

To pass our driving theory test we all have to know the common road signs, but it's a real challenge to learn and remember the entire list. And among the many signs are a few that you'll rarely see while driving.

Here are 10 of the most uncommon road signs in the UK. 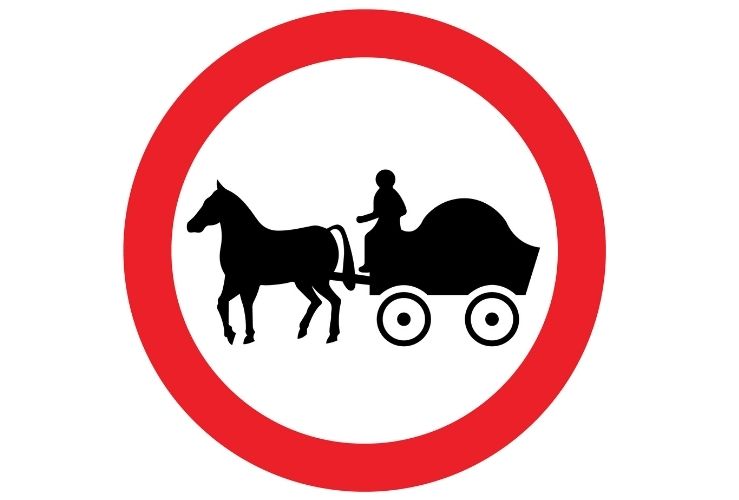 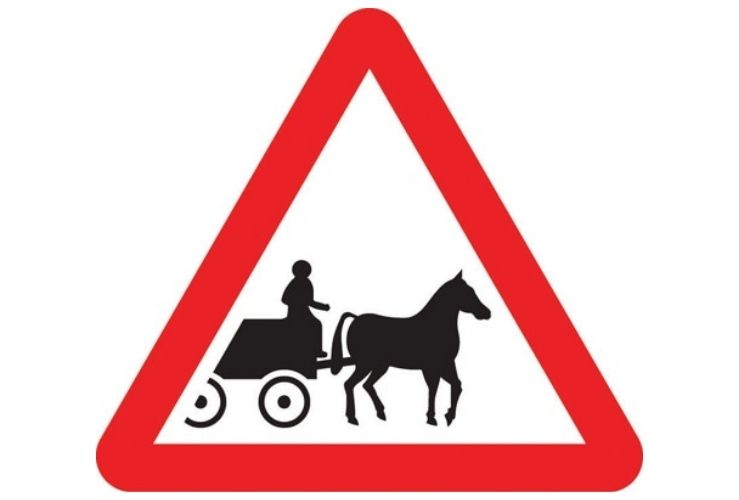 Horse-drawn vehicles Likely to be in road

If you see the above image of a horse-drawn vehicle inside a red triangle, it means "Horse-drawn Vehicles Likely to be in Road" - so slow and leave plenty of room when overtaking so as not to scare the horse. 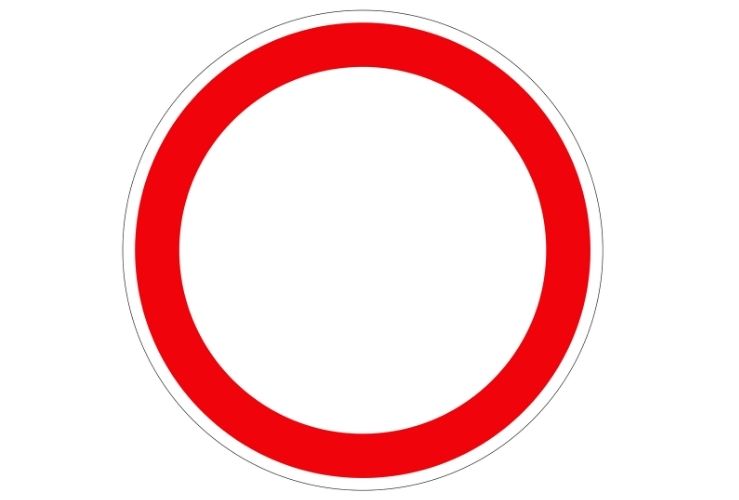 This rather vacant-looking red circle means 'no vehicles except pedal cycles being pushed by hand’. All that empty white space may be a magnet for graffiti artists looking to leave their mark, but thankfully they are rare enough for that not to be a big problem. 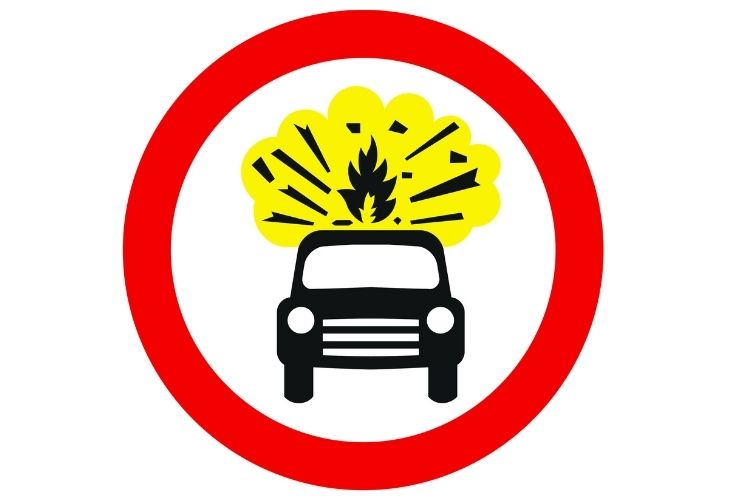 This sign probably isn’t applicable to most of us. No Vehicles Carrying Explosives signs are usually placed in densely populated areas where explosives are more likely to be transported - such as near munitions factories or military training grounds.

Speaking of military training grounds, you may see this sign where the army does its tank and armoured-vehicle training. But unless you live near one of these areas - such as Salisbury Plain - you're unlikely to ever see one. While rare, it's a good idea to familiarise yourself with this one, especially if driving in rural areas. Fords are sections of road that transect shallow streams or rivers (or vice-versa, depending on how you look at it). To cross a ford safely, drive slowly and steadily. Reconsider crossing if the water is fast-moving and/or deep. Just a foot of water can move the average family car. 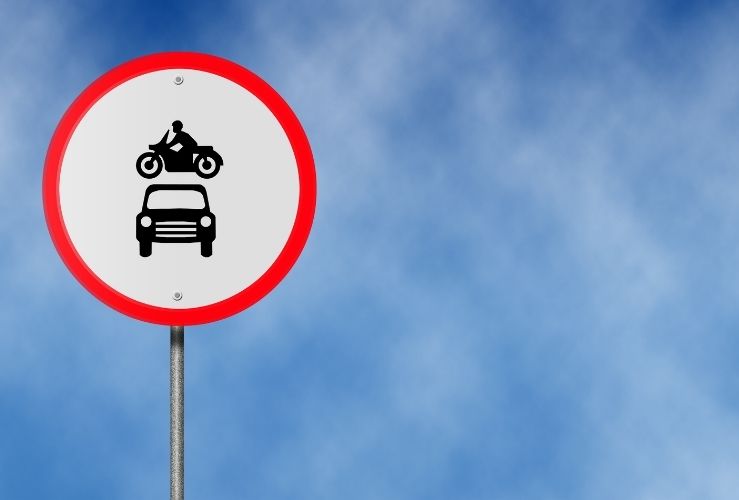 Perhaps not as rare as others in this list, the No Motor Vehicles sign features a motorbike and car in a red circle. You may have seen it near the approaches to pedestrianised zones. Apparently inspired by the Morris Minor or similar, this rather old-school sign is nevertheless still in use. 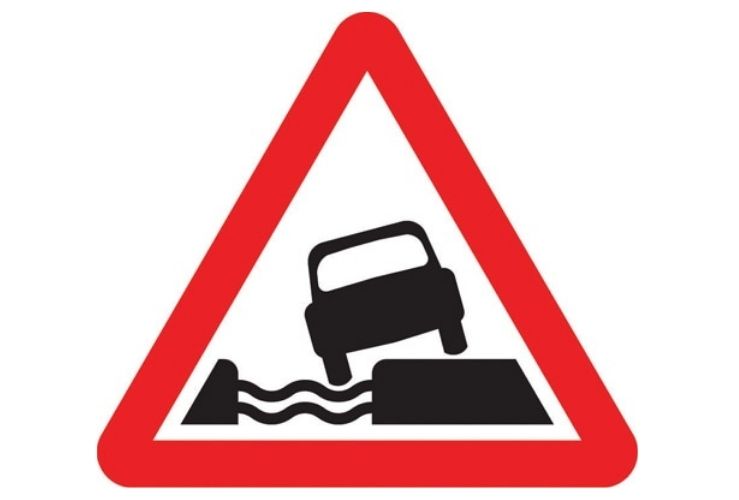 Water course alongside road ahead

This rather alarming sign shows a car tipping into a stream or water channel. It means there's a water course running by the road, so slow down and take extra care in the unlikely event you see one. 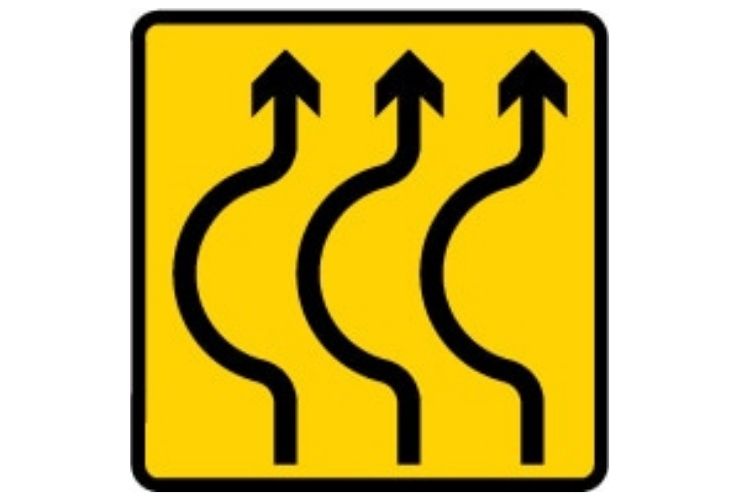 Sharp Bends Ahead Where Traffic is Diverted

If there was a game of UK Rare Sign Top Trumps, this one would be one of the very rarest cards. It features three curved black arrows on a yellow square. Even if you do see one, it won’t be around for long. 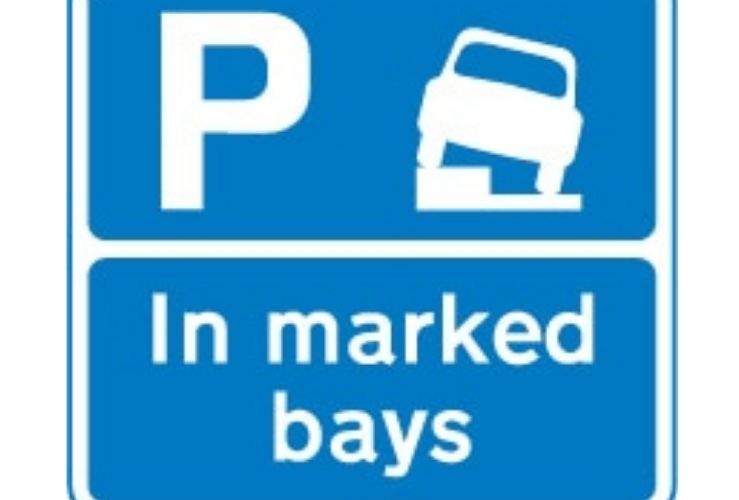 Vehicles may be parked on the verge

This sign warns that 'vehicles may be parked on the verge or footway in marked bays’. It lets you know you might not have the full width of the road to use, so take care with oncoming traffic. It is more common in zones of older housing with little off-street parking.