What is an insurance write-off?

Car write-offs: All you need to know

A vehicle might be considered a ‘write off’ by an insurer if necessary repairs following a collision are deemed uneconomical.

While the term 'write off' might be applied to very serious car damage, it can also be applied to vehicles that have sustained relatively minor or cosmetic damage - if achieving a complete repair is excessively expensive in terms of labour and/or parts.

In this article we'll look at the different write off car categories in the UK, as well as recent updates to categorisation.

No one wants the dreaded term 'write off' attached to their vehicle - but if it is, it’s usually for a good reason.

A write off is:

If a vehicle is deemed unsafe to use on the road, the insurer will offer a cash payment for the loss.

But as regards a vehicle being uneconomical to repair, the decision is based on a repair-to-value ratio, which can vary depending on the insurer and the make/model.

For example, if your car is worth £7,000 and your insurer has a repair-to-value ratio of 60%, it would be considered uneconomical to repair if costs exceed £4,200.

Insurers use trained vehicle assessors to carry out this work.

Following a collision or accident, it is the car insurer's duty to return the vehicle to the owner in the same condition as it was before.

Sometimes the damage is major; but not always. If, for example, you own a brand new saloon which has sustained paintwork damage along one side, it's conceivable that a repair would cost more than the value of the car itself - even if there is no major structural or mechanical damage.

A series of categories exists so people know what kind of write-off a vehicle is. 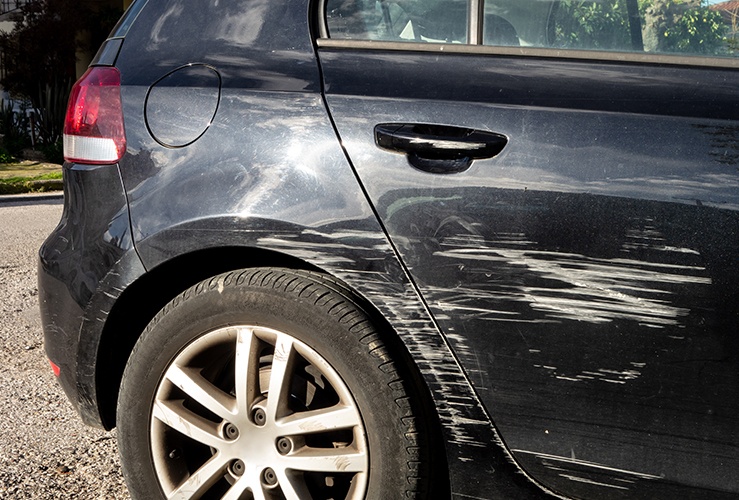 The UK's write-off categories are A, B, S and N.

(Before 2017 these were A, B, C and D, but were updated to the above by the ABI (Association of British Insurers) to reflect structural issues affecting safety rather than estimated repair costs.)

This denotes the most extreme level of damage a vehicle can sustain. The damage is so bad that the vehicle must never be used on the road again; it is beyond repair. Further, it is illegal to use parts from a Category A, even if they are otherwise deemed salvageable.

The body of a Category B must be sent for scrap and must never appear on the roads again. However, there may be other parts of the car that can be salvaged for other vehicles.

Here, 'S' stands for structural damage - which might relate to crumple zone or chassis damage. A Category S needs to be repaired by a trained professional, and won’t be considered safe for road use until it has been.

A Category N write-off relates to non-structural damage - such as cosmetic or electrical that is not economical to repair. Be aware that damage to steering or brakes may be considered non-structural, but they are still critical safety devices without which the vehicle is not road-safe.

How is a write-off calculation arrived at?

The insurer may offer a settlement based on what the written-off vehicle is worth, minus any excess payment.

What if I don't agree with a write off decision?

In some cases the owner may not agree that a vehicle is a write-off, even though the assessors have deemed it so. In such circumstances you may be able to come to an agreement with the insurer whereby you get to keep the vehicle and the settlement sum, minus the salvage value.

Repairs must be arranged by you independently (the insurer is unlikely to do this for you).

What happens to a written-off car?

According to the Salvage Code of the Association of British Insurers, categories A and B must be crushed, although salvageable parts from a 'B' can be removed and used on other road-safe vehicles.

Categories S and N can be sold on by the insurer - either back to the original owner, or through a salvage firm.

Category S vehicles must be promptly denoted as such by Form V23 which is submitted by the insurer (or self insurer or agent) to the DVLA. It is not necessary to wait for the V5.

The keeper must inform the DVLA when a vehicle is added to an insurer following a total loss payout.

As regards Category N write-offs, no notification to the DVLA or VOSA are necessary.

Buying the car back: How does it work?

You may be able to buy back your written-off vehicle from the insurer. Tell your insurer your intentions as soon as possible.

As soon as the settlement figure has been agreed, the car belongs to the insurer. It is at this point you may be able to buy it back - but do be aware that insurers have contracts with salvage firms to pass on all their written-off vehicles and may be disinclined to break them.

It's prudent to get the vehicle checked over before you decide to part with any cash.

Owing money on a write off

If you still owe money on a written-off car, it's possible the settlement sum does not cover the remaining repayments. This will leave you in the unenviable position where you owe money on a vehicle that does not exist. Even worse, the finance firm may demand payment for all sums owed.

In such a situation you should contact your finance provider immediately. With an S or N category vehicle, you may be able to buy the car back and fix it yourself. However, repair costs may well be higher than the vehicle's value.

Are S and N vehicles considered a bargain?

In some cases, if priced accordingly, an S or N category vehicle may be regarded as a bargain. For example, a brand new saloon has sustained cosmetic damage that does not impact safety or performance, but which will cost a large sum to repair. The price to buy such a write-off may be many thousands less than a comparable model with no cosmetic damage.

Additionally, it may be possible to achieve repairs on such a vehicle using cheaper parts and labour than might have been dictated by the insurer (who may, for example, be tied to certain premium suppliers).

A minority of unscrupulous sellers may try to pass off a Category S or N vehicle as undamaged.

That's why it's critical to carry out a vehicle history check to find out about the status of the car you're buying - or you could be throwing away large sums of cash on a vehicle that has a much lower market value than thought.