What happens when someone claims against my car insurance?

It’s helpful to understand what happens when an insurance claim is made against you, so we’ve outlined the key details you should be aware of.

Before considering questions of insurance, it's critical that everyone at the scene of an incident is safe. If need be, call the police and/or ambulance.

Next, you should exchange contact and car registration details with the driver(s) of the other involved vehicle(s). 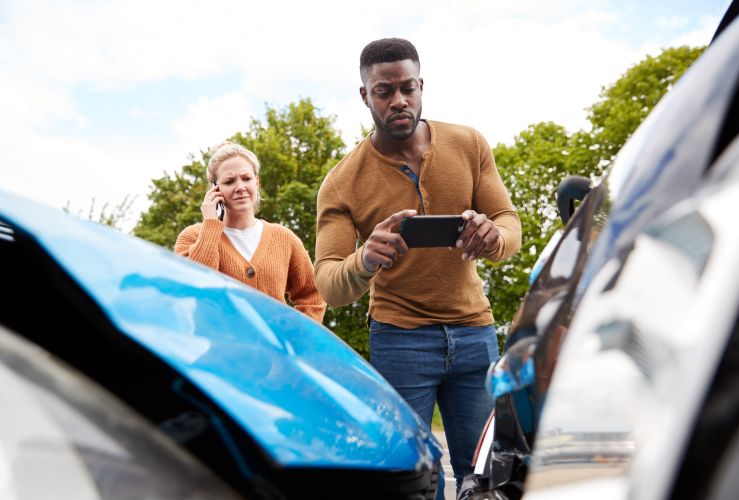 Third party claim against your insurance: when it was your fault

Following an accident, the other driver(s) may decide to make a third party claim against your insurance. This means they believe the collision was your fault, not theirs.

If you agree that the incident was indeed your fault, your insurer will handle everything moving forwards - there's nothing else for you to do.

Your insurer will then discuss the incident with third party representatives - such as solicitors and insurance employees - collect relevant documents from these parties and ensure the statements of what happened concur.

If everything is as it should be, the insurance claim against you will be paid when your insurer receives the bill.

Car insurance claims against me: What if I believe it wasn’t my fault?

If the other party(s) say an accident was your fault, but you disagree, a "liability dispute" will be raised.

Among the evidence collected and scrutinised will be:

A decision will then be made about liability. In some cases there could be a liability split, e.g. your insurer pays 70% while the other party pays 30%.

Can someone claim on my car insurance without me knowing?

It is difficult, although not impossible for someone to make a claim against your car insurance without your insurance details.

Following any accident, the parties involved should have exchanged relevant insurance details.

However, it is possible to obtain the details of the registered keeper of a vehicle just from the registration plate (via a Subject Access Request from the DVLA). You could then get in touch with the third-party’s insurance company without a policy number.

You can also find out the details of the registered keeper without knowing which insurance company the other driver is with, by asking the police to track down this information and make contact for you. – Which is useful to know, should you ever be subject to an incident of a ‘hit and run.’

There are 2 scenarios where you might find yourself subject to an insurance claim, without expecting to be:

If the third party tries to make a claim on your insurance when you weren’t at fault, or indeed, where an accident has not actually occurred, then you’ll still know about it.

In the event of an accident, insurance providers will investigate who was at fault, before making a decision on a claim. Invariably, this means that your insurance provider will almost certainly contact you for further information about the reported accident.

Will I pay more for my car insurance if I am at fault?

Yes, this is quite possible, since statistically you are deemed more likely to be involved in an incident in the future.

It's important to be open and honest with your insurer.

Do I pay an excess if someone claims against me?

No. You would only have to pay your car insurance excess if you yourself were making a claim on your own policy. This applies to both voluntary and compulsory excess sums.

Someone filed a claim against my insurance: What will happen to my No Claims Bonus?

In the event that you're deemed not at fault, your No Claims Bonus won’t be affected.

What if I have No Claims Bonus Protection?

If you have No Claims Bonus Protection, your bonus will be protected. However, while you'll receive the same discount as before, your insurer may decide to increase your premium - since it is based on the number of claims made, and the number of years without a claim. In such situations,

Is it worth me having No Claims Bonus Protection?

No Claims Bonus protection may be worth the cost from a certain perspective. However, the additional fees for bonus protection can add up year after year, meaning you could be out of pocket in the long run.