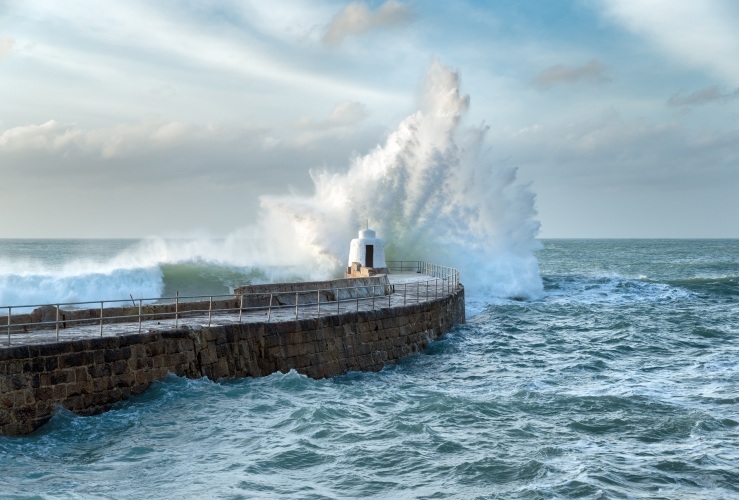 Recovery crews have been called out to numerous blown over vehicles on Scottish roads in the last 24 hours, as Storm Henry continues to lash the north and west of Britain.

Wind speeds of up to 90mph are being recorded in Scotland, as thousands of homes are without power and authorities continue to warn against travelling.

Bridge and road closures are likely during rush hour, while a number of rail and ferry services are still suspended.

High wind speeds have been recorded in various parts of the UK, including in South Uist which experienced gusts of up to 90mph overnight.

Recovery teams called out to attend blown-over vehicles have been hampered by fallen trees and buildings damaged by the high winds.

Arriving just days after Storm Gertrude battered the UK, Storm Henry is the eighth storm of the winter.

There are almost 30 flood warnings in place across Scotland at time of writing.

Pascal Lardet from the Scottish Environment Protection Agency said: "There is a coastal flood risk for the Western Isles, due to storm force winds generating a large surge and waves.

"Flooding impacts could include disruption to travel, particularly causeways, from spray and wave overtopping.

"Elsewhere tides are currently low; however, minimal impact from wave overtopping and spray is possible along exposed northern and western coastlines until Tuesday."

High-sided vehicles and motorbikes are especially vulnerable to high winds.

Read our recent post on driving in high winds here:

Storm Gertrude: How to stay safe while driving in windy conditions