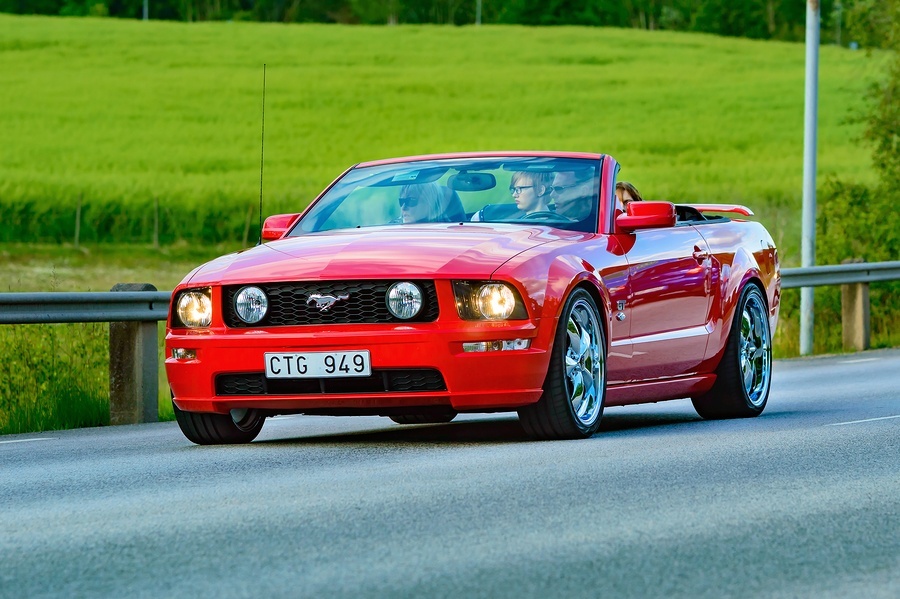 A red Ford Mustang whose driver lost control has landed on someone's house in Michigan, USA.

The vehicle, which is thought to have been travelling at around 60 mph at the time, veered across the Interstate 69 in Shiawassee County, Michigan, according to bystanders.

A medical problem caused the driver to lose control of the Mustang, cross all lanes on the highway, crash through bushes, trees and finally a fence before coming to rest on a roof top of a house built into a hillside.

The Mustang mounted the roof easily since one side of the house was almost at ground level, according to the Argus-Press of Owosso.

Michigan Police say the lone driver, who was not seriously hurt, was treated for low blood sugar and taken to hospital.

Joyce Kingsley, 83, who owns the house involved, initially thought the noise of the car landing on the roof was due to some extreme weather conditions.

Kingsley said, “I was just watching TV inside. I had it up pretty loud – but this was much louder."

“It could’ve been a lot worse … I’m glad everyone is all right.”

Kingsley plans to cover the damaged roof with a tarpaulin until it can be fixed.

You can see images of the stranded Mustang here: http://www.theguardian.com/us-news/2015/oct/28/rooftop-car-michigan-home-acquires-ford-mustang-after-driver-loses-control