Will Audi be No 1 UK premium brand by the year's end? 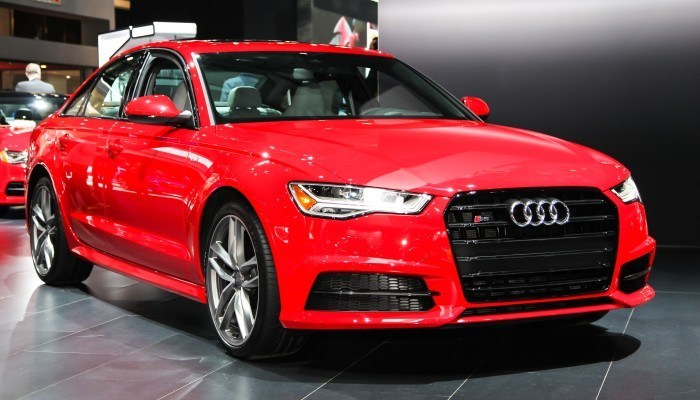 Audi believes it will still be the UK's leading premium brand by the end of 2015 – despite the current 'diesel gate' scandal hitting its parent firm, Volkswagen Group.

Yes, Audi has sold Euro 5 engines which allegedly feature 'defeat devices' which the US Environmental Protection Agency says gave inaccurate emissions test results. However, the German company says it only has around 300 Euro 5 cars in stock in the UK – which are now all on hold.

A spokesman said: “The timing has coincided with key model line switchovers to Euro 6 and we have lots of orders in the pipeline that means we’re confident of hitting our target despite the emissions issue.”

Audi's UK sales this year numbered 126,060 as of 25 September, more than both of its fellow German premium marque rivals. Audi sold 10,000 more units than BMW in that period – and more than 20,000 more than Mercedes Benz.

In terms of overall UK market share, Audi holds 6.5 per cent, followed by BMW on 6 per cent and Mercedes Benz on 5.5 per cent. UK-based Jaguar and US/Japanese carmaker Lexus trail behind on 0.9 per cent and 0.5 per cent respectively.

The intention that the company would hold on to its lofty position was made at the UK launch of the revamped A4 saloon – its second most popular model in Britain.

Demonstrating the firm's ambitions, the spokesmen said: “We’re already well beyond 50 models – it’s time to get ready for 60 models in the near future…”

VW will no doubt hope that its other high-end brands – such as Audi – can pick up some of the slack left by the flagship brand's problems.