Taking your motorcycle to the Isle of Man TT race? 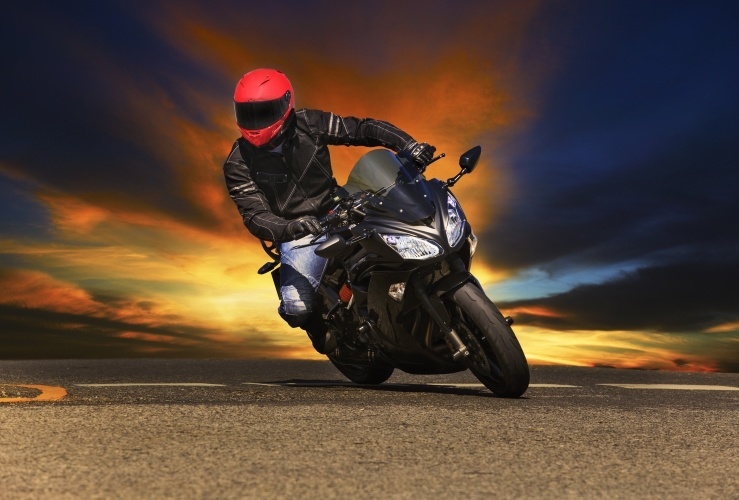 The Isle of Man TT race is one of the most challenging and exciting – not to mention dangerous – motorcycle events on Earth. It is that adrenaline-pumping peril that is arguably what makes the TT so compelling to watch. Riders approach speeds of 200mph as they twist and turn their way through Manx towns and villages, and across bucolic farmland – often missing walls, hedgerows and spectators by just a foot or two.

Taking your motorbike to Man

And while viewing the event on TV is undeniably fun, there’s nothing quite like heading over to the Isle of Man and catching the action in-person. For TT fans with their own motorbikes, it makes a lot of sense to go to the event on two wheels.

Located roughly half way between England and Ireland, the only way to take your motorbike to the Isle of Man is by ferry. The Isle of Man Steam Packet Ferry Co is the only ferry operator to the island, connecting it with Liverpool and Heysham in England's northwest, as well as Belfast and Dublin in Northern Ireland and the Republic of Ireland respectively. During the TT race there is also a service from Larne in Northern Ireland.

The fastcraft Manannan takes around two hours from Liverpool to Douglas, while the conventional ferry Ben My Chree takes nearly twice as long.

Services are increased to meet demand for the TT races, but it is advisable to book ahead to make sure can get a ticket. Last year more than 36,000 motorcycle fans travelled to the TT by the Steam Packet co – a figure not seen since 2007. 14,000 motorbikes were also carried during that period, a rise of 17 per cent on 2014.

Travelling to the Isle of Man

Depending on your start point, it might be advisable to begin your journey to the Isle of Man early in the morning – especially if you are sailing on the slower, four-hour ferry.  Someone travelling from Plymouth would need to pencil in five to six hours of riding just to reach Liverpool, which could mean 11-12 hours on the move if you take the slower boat. London to Liverpool would take up to five hours, while riding down from Inverness to Heysham Harbour would take 7-8 hours. Those travelling from Northern Ireland or Dublin will be able to reach their respective ferry terminals more quickly than many UK TT fans.

A stopover in Liverpool or Heysham would break the journey up and offer the chance to enjoy the local attractions.

What if I break down?

If you have Motorcycle Breakdown Cover from startresuce.co.uk, you can call us for roadside assistance 24 hours a day. You can also request help with the startrescue.co.uk app.

We reach most of our customers in less than 40 minutes. We’ll then do our best to get you back on the road so your visit to the Isle of Man can go ahead with minimum interruption.

Ride with peace of mind

Thousands of UK motorcyclists ride with startrescue.co.uk peace of mind – safe in the knowledge that one of our operatives is only a phone call away should you need roadside assistance.

Our Motorcycle Breakdown Cover costs from as little as £16.45, with five cover levels to choose from. We also offer a range of Annual and Short-Term Breakdown Cover products.

Discover why so many UK motorcyclists trust startrescue.co.uk.