The new Lagonda will be an all-electric luxury SUV 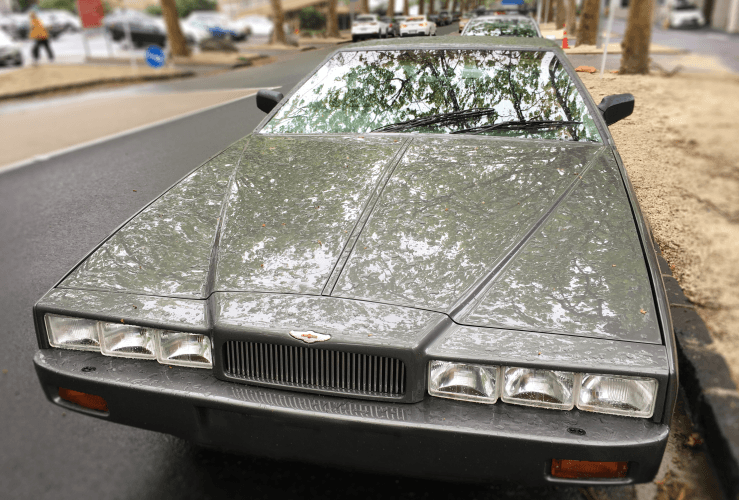 Having dazzled the world with its ultra-wedge-shaped 1975 model, Lagonda has, ever since, been considered ahead of its time.

Little wonder then that the marque hopes to set the (luxury car) world alight with its forthcoming model - an all-electric luxury SUV.

The sub-brand's owner, Aston Martin, calls the new vehicle the Lagonda All-Terrain Concept - and it will be unveiled at the 2019 Geneva Motor Show in March.

In the meantime, all we have to go on are a few shadowy teaser images.

Given that it's an all-terrain vehicle, the electric powertrain is going to have to be meaty. That's a given.

But Lagonda is no strangers to creating powerful, visually gob-smacking cars - most recently with the Taraf, an almost-£700,000 V12 luxury saloon aimed at oil sheikhs, as well as the even more astounding all-electric Vision Concept - which looked like something out of Bladerunner: 2049.

The marketing gurus employed by Aston say that the car offers “extraordinary style and space efficiency combined with a rakish design language that demonstrates the unique freedom afforded by Lagonda’s commitment to zero emission powertrain technologies.”

A shortened version of this might be: "A very cool looking electric car that can go up dirt tracks easily and has loads of leg room".

The imminent arrival of this new Lagonda comes as no surprise: we've known for a long time that the brand wished to release a luxury SUV in 2021, harnessing solid-state battery packs, wireless conductive charging and delivering a 400-mile range. Much of the styling and technology will have been established with the Vision Concept.

Explains Aston Martin chief Andy Palmer: “The Lagonda All-Terrain Concept offers explicit clues regarding what will be the first Lagonda model to enter production, and further demonstrates how Lagonda’s zero-emission powertrain enables us to create spectacular cars that will radically redefine their sectors of the market.”

We're hoping for something as mind-blowing as the 1975 Lagonda, whose crazy angular lines were a revelation when first shown off at the 1976 Earls Court Motor Show. Designer William Towns threw caution to the wind with his sleek, wedge-like sports car, hoping to take a leap into the future. In this, he arguably succeeded.

The new Lagonda may well split opinion once again. Hopefully, however - for Aston - the world's billionaires will not be circumspect about buying one.