UK’s first-ever gigafactory to be built in Blyth, Northumberland 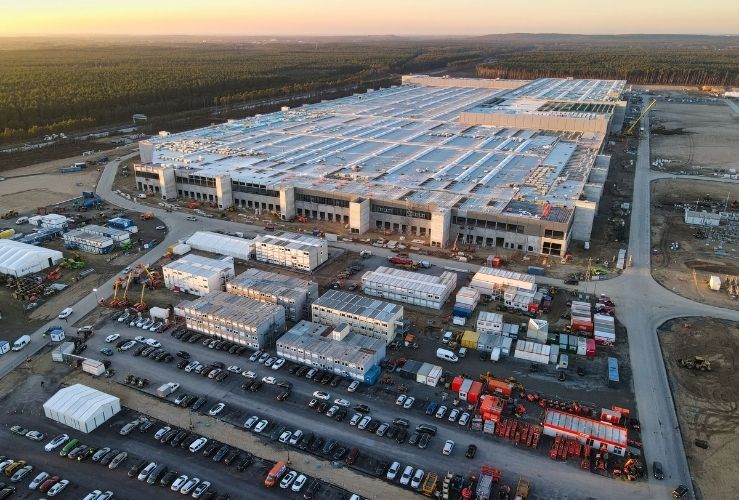 As a country that no longer has any home-owned production car companies, the UK government pulls out all the stops when trying to attract overseas car makers to these shores.

A case in point is the prospect of a Tesla gigafactory in Somerset. Back in 2020 the UK's Department for International Trade (DIT) set about looking for a four million square foot site that the US carmaker could use for research, development and production.

Until the last few weeks, the Somerset site - on Gravity industrial park - was the leading contender to host the UK’s first gigafactory. But recently British Volt announced it had acquired a site in Blyth, Northumberland, with a view to building a new battery plant - proving that the UK does have some big players in the EV arena.

The 235-acre (95 hectare) Blyth Power Station site has been purchased for an undisclosed sum, with construction due to start this summer. The new gigafactory will produce lithium-ion batteries for electric cars, with production set to begin in 2023.

The site is 20 miles from the Nissan plant in Sunderland, often cited as the most productive car factory in Europe.

The Blyth announcement will be seen as a vote of confidence in the UK car making industry, bolstering hopes that Tesla, too, will build a gigafactory in Britain.

A Tesla gigafactory in the UK?

Gravity industrial park in Somerset was selected from the Tesla plant site shortlist - one of only a handful of sites that meet a gigafactory's needs. Gravity is located on a former Royal Ordnance factory site, so it has plenty of level space. It's also located by the M5 motorway, rail links, two airports (Bristol and Exeter) and is close to Bristol seaport - for importing raw materials and exporting finished products.

According to the Faraday Institution, the UK's independent institute for electrochemical energy storage research and skills development, the country will need to have at least one gigafactory somewhere by next year; two gigafactories by 2025; and eight by 2040.

Ministers are keen to lure Tesla to these shores this time round, after the UK missed out playing host to Tesla's first European production factory; that accolade went to Berlin. "Brexit made it [building in the UK] too risky," said Elon Musk, Tesla's CEO, to the Telegraph in 2019.

Both France and Germany are building their first gigafactories, but the UK has been slow to join the ‘gigafactory club’. West Midlands Mayor Andy Street set up a campaign last year aimed at agitating for the first UK gigafactory to be built in the Midlands - the traditional home of UK carmaking. Firms like JLR, Dennis trucks and GKN Driveline are all based in the Midlands.

UK-based gigafactories, whether owned by Tesla, British Volt or someone else, would be able to make lithium-ion batteries for multiple UK-based carmakers.

Lithium-ion batteries are a major component in any electric car and can make up 40% of the cost, underlining the importance of being able to produce them locally

Summarising the UK's critical need to get its first gigafactory, Jaguar Land Rover CEO Dr Ralf Speth said Britain needs its own battery gigafactory - comparable to Tesla's - if it is to play a full role in the electric car revolution.

With “spades in the soil” expected on the Blyth site this summer, the UK’s first gigafactory can’t come too soon for the UK car industry.