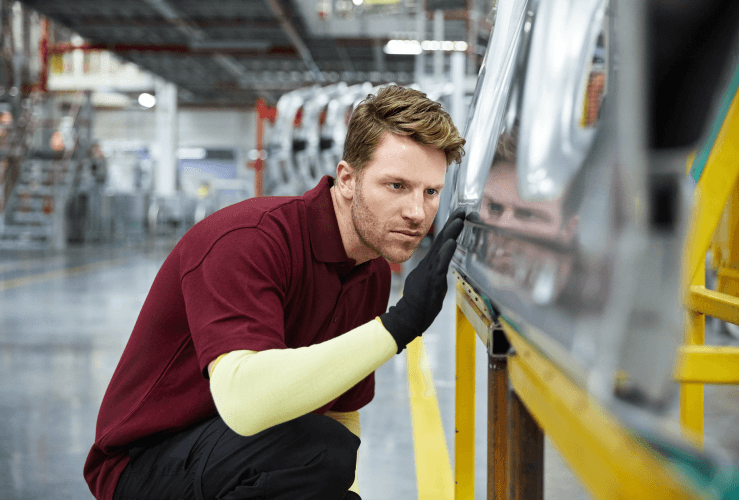 As the UK prepares to leave the EU on March 29, the plight of UK car manufacturing has hit the headlines.

Recently, Nissan decided it was no longer going to build its new X-Trail model at its Sunderland plant. Brexit was just one factor, the firm explained, alongside weaker demand in Europe and China, aas well as new stringent regulations on diesel. Nissan will build the X-Trail in Japan instead. While there will be no direct job losses from the move, the Sunderland plant will miss out on an extra 740 jobs.

Is this news a foretaste of the demise of Britain's car manufacturing industry?

The subject was the focus of Good Morning Britain recently, where presenter Piers Morgan and co-host Susanna Reid clashed over the topic. A prominent pro-Brexit economist had said that UK car manufacturing would be "mostly eliminated" in the event of a no-deal, but Morgan did not believe a pro-Brexit economist would say such a thing.

However, the quote was fact-checked live on air by Reid, prompted by Daily Mirror associate editor Kevin Maguire, also in the studio.

In 2012 Professor Minford told MPs on Westminster’s foreign affairs committee: "It's perfectly true that if you remove protections of the sort that have been given to the car industry and to other manufacturing industries inside the protected wall, you're going to have a change ... facing that industry, and you are going to have to run it down.

"It will be in your interests to do it, just in the same way that we ran down the coal industry and the steel industry.

Professor Minford has appeared alongside prominent pro-Brexiter Jacob Reece Mogg at various events supporting the UK's withdrawal from the EU.

Japanese car makers in the UK

Nissan, alongside fellow Japanese carmakers Toyota and Honda, account for around half of all UK car production.

Worries over a no-deal Brexit even prompted Japanese Prime Minister Shinzo Abe to weigh in, saying a disorderly departure from the EU would be a "huge negative" for Japanese firms with UK operations.

Johan van Zyl, head of Toyota Motor Europe, said tariff-free access to Europe was key to the success of its Derbyshire plant, where 2,500 people are employed. Of the 150,000 cars made there annually, 90 per cent are destined for the continental market. The removal of tariff-free access would eliminate one of the principal reasons for setting up in Britain.

In short, reverting to World Trade Organisation terms would present an “existential threat” to the UK automotive sector.

Uncertainty surrounding Brexit was also blamed by the Society of Motor Manufacturers and Traders (SMMT) for the 9.8% fall in car plant output in November 2018 - alongside market turbulence and more stringent rules on diesels.

Mike Hawes, SMMT chief executive, said: “Europe is our largest trading partner and securing the right Brexit agreement which allows free and frictionless trade is vital for the future health of our industry.”

These concerns were mirrored by Jaguar land Rover's chief executive Ralf Speth, who warned a no-deal Brexit would put tens of thousands of UK car manufacturing jobs at risk.

Pro-Brexit commentators tend to call such negative prophecies part of "Project Fear", with BrexitCentral's Julian Jessop suggesting a recent slump in production was down to "multiple shocks, including the diesel scandals and a sharp decline in demand from China" - not just Brexit.

Jessop also said Japanese car-makers had threatened to quit the UK in 2000 if it did not adopt the euro, but that the plants remained after Britain retained the pound.

Sadly, the balance of opinion - and evidence - suggests a no-deal Brexit will do long-lasting harm to UK car making, threatening thousands of jobs. Car production has already dropped to a "five year low" and Brexit has yet to take effect.

No doubt the debate will continue, but soon the reality facing Britain's automotive sector will become clear.