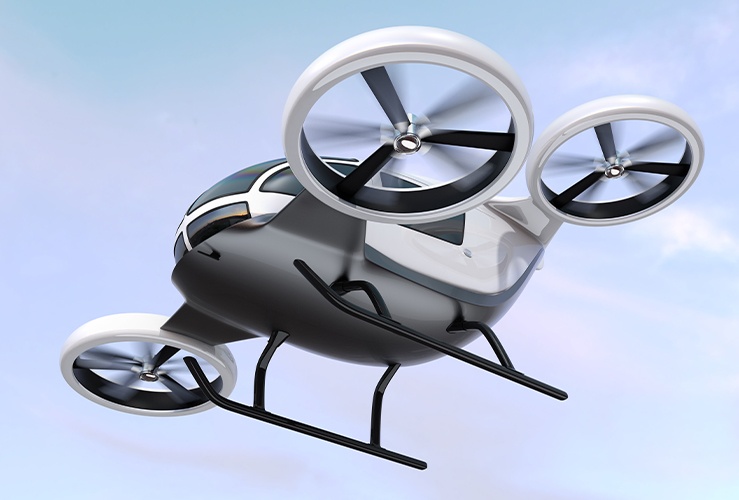 A prototype flying car has been tested in Japan, hovering for around a minute in front of journalists at an NEC facility in the Tokyo suburb of Abiko.

The machine, which looks like an over-sized drone, features four horizontal propellers and rose to about 10 feet in the air.

The machine underwent numerous checks before it took off in front of many helmet-donning journalists.

By the 2030s flying cars could be commonplace in Japan, whose government enthusiastically supports the technology.

The tech-heavy East Asian nation believes it can be a world leader in flying cars, with a strong focus on private firms and government working closely together.

The car is built by Cartivator and has seen investment from dozens of tech firms, primarily NEC but also Toyota.

While flying cars promise a thrilling and high-tech future for Japan and elsewhere, there remain concerns over safety: how do you ensure lots of flying cars don’t crash into each other?

It has been noted that the Cartivator flying car bears similarities to drone machines, which themselves have been fitted with systems that prevent collisions and which return 'home' when the battery charge falls below a certain level.

Japan is not the only country where flying cars could take off. US-based ride sharing firm Uber aims to hold an airborne car demonstrator flight in 2020 and wishes to begin commercial operations by 2023.

Dubai is also keen to be a centre of flying car technology, with driverless airborne vehicles having already been tested in the emirate.