In the realm of cartoon vehicles, imagination is the only limit. Animation houses like Pixar, Hannah-Barbera and Cosgrove Hall have dreamt up vehicles that can talk, drive up buildings, harness rocket technology, be operated by foot, or, in the case of Postman Pat's van, have two cubic metres of load space.

Here we reminisce over ten of the most memorable cartoon vehicles of all time... 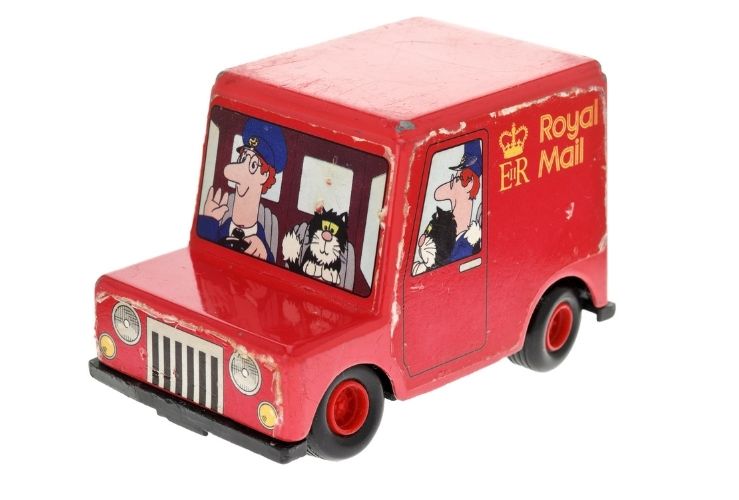 Despite often driving at breakneck speed over the green hills of Cumbria, Postman Pat thankfully never had any serious collisions. This is just as well, since neither he, nor his trusty cat Jess, ever seemed to wear a seatbelt. Despite Pat's apparent disregard for the rules, many of us will fondly remember his robust-looking red post van as it tore through the English countryside, helping Pat deliver the post while solving the locals' minor problems. 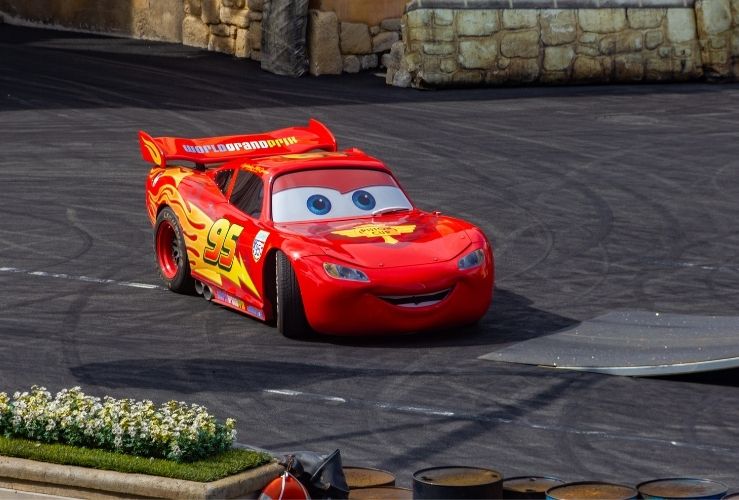 Brash, loud and a little bit arrogant, Lightning McQueen is perhaps the antithesis of Postman Pat's van, despite also being painted red. For a start, Postman Pat's van couldn't talk. Secondly, McQueen wanted to win Nascar, one of the world's most famous car races - while Pat's van merely wanted to serve the postal needs of a small rural community. 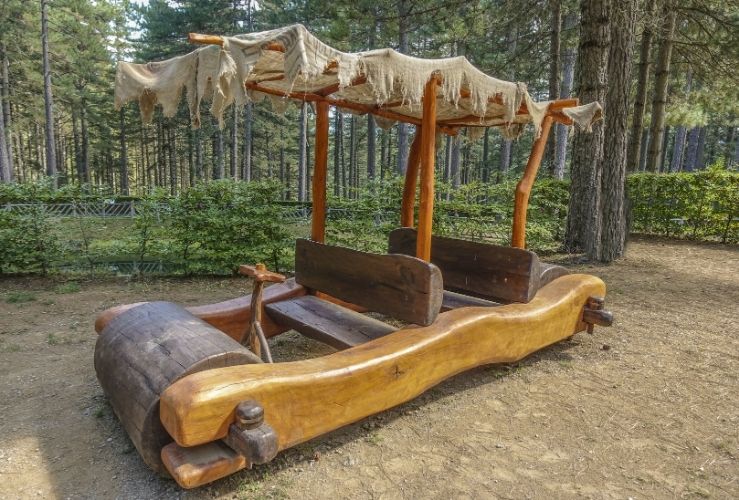 If you thought Postman Pat's van had implausible off-road capabilities, recall for a moment the Flintstone's family car, which was made of wood and stones, and was powered by foot. That said, it had the interior space (if not the comfort) of a long-wheel-base Range Rover: the opening credits showed it carrying four grown-ups,

two children, a dinosaur and a sabre-toothed tiger. It may not have had the drag coefficient of a Rangey, but it was probably more reliable. 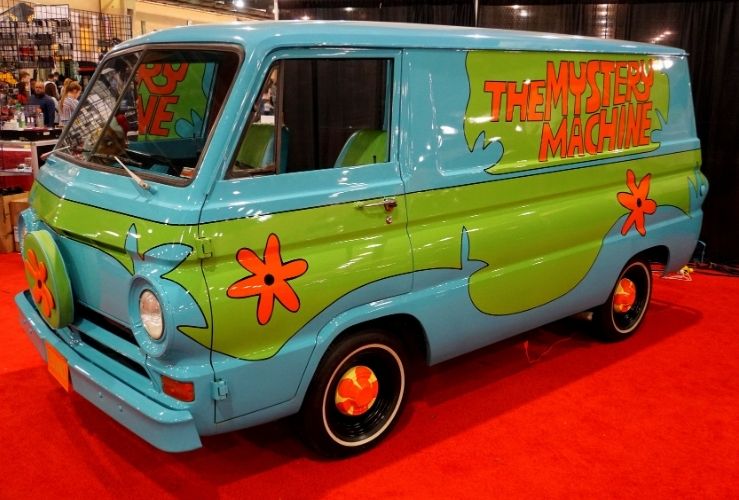 The closest thing to "adventure" for Postman Pat's van was getting an oil change in the garage at Greendale. No such banalities for the Mystery Machine in Scooby Doo, which seemed to rack up many thousands of miles - even driving all the way to China in one episode. 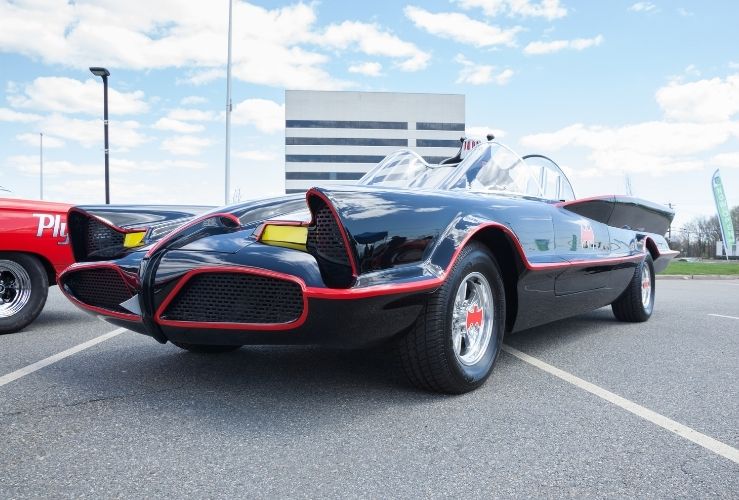 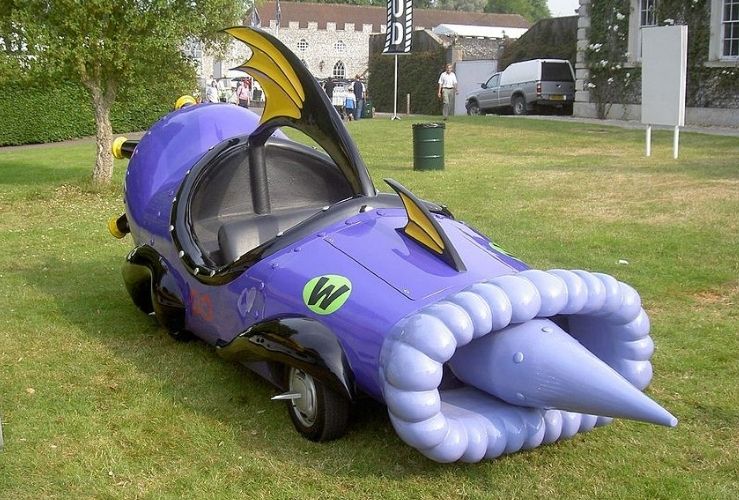 From getting stuck in bogs to faulty differentials, there were times when Postman Pat wondered if his van was up to the job. There's no doubt Pat would have been enamoured with Dick Dastardly's rocket-based vehicle, "The Mean Machine", although the lack of boot space would have been an issue. And anyway, Dastardly was hardly a good role model - he and his dog Mutley never won a single race, while Postman Pat always got the day's mail load to the distribution centre by 4pm.

No doubt Postman Pat would view London-based Dangermouse's Mark III sports car as somewhat ostentatious - and a typical ride-of-choice for the metropolitan elite. With its tiny boot and low ground clearance, Pat would have regarded the Mark III as rather "two dimensional". The fact DM was using a Royal Mail postbox as his hideout would hardly have improved matters.

Inspector Gadget's "Gadgetmobile" could transform from a Toyota Supra into a minivan. However, this would be unlikely to impress Postman Pat, since his vehicle was already a minivan. That said, he might be won over by the Gadgetmobile's ability to fly, shoot oil out the rear and employ a battering ram.

Mr Jetson's vehicle could fly him to work, then fold up neatly into a briefcase. It was an incredible vision of the 21st century. But while the Jetsons's high tech car might have Postman Pat blushing beside his Bedford Beagle, Mr Pat can take some solace in the fact his namesake animated show enjoyed a much longer run (184 episodes vs 75).

The Homer, The Simpsons

In 1991 'The Homer' appeared in The Simpsons. It featured two domes, a trio of horns that played "La Cucaracha", and ginormous chrome grille. The Homer plays a key role in the destruction of Homer’s half-brother Herb Powell and Powell Motors. Postman Pat would probably agree it was a pretty cool car.