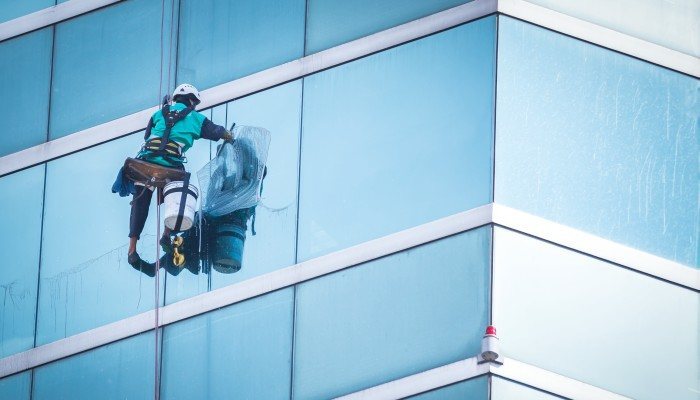 The driver of a car that broke the fall of a window washer from 11 stories up has spoken of his happiness that the man survived.

Mohammad Alcozai was driving his car in San Francisco when the window washer fell and landed on the roof.

Speaking to local news channel KGO-TV, Alcozai – who escaped injury in the incident – said of the window washer, “I’m very happy that I didn’t get hurt. Hopefully he can make it. I pray for him that he can make it."

The unnamed man was still conscious when ambulance crew attended the scene on Friday evening, according to officials.

The moving car's roof was crushed as it broke the man's fall. Sustaining damage in such a manner is sure to be unheard of by even the most experienced of breakdown repair organisations.

Bystanders reported seeing a "blue streak" and the window washer's shadow as he plummeted, before hearing the sound of the shattering windscreen as he struck the vehicle and rolled onto the road.

Other witnesses said they heard the man screaming as he fell.

The man was bleeding but lucid when a number of bystanders rushed to the him.

Police said the man was not on a window washing platform when he fell – but was moving equipment around on the roof of a building owned by a bank.