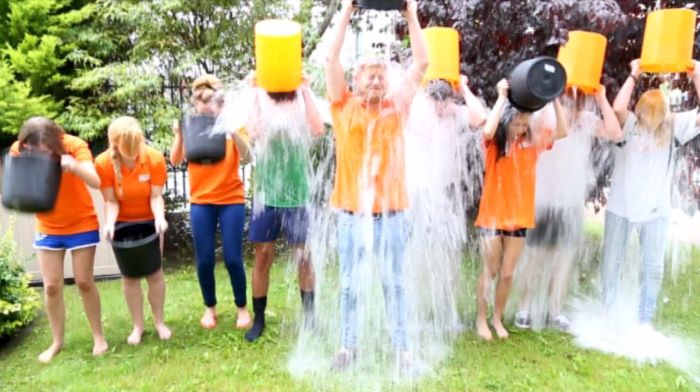 The British summer of 2014 has been the first in living memory where from June until August there has been a summer. Summers pre-2014 would see happy holidayers’ on Britain’s beaches basking in the eerie grey of blanket cloud cover, frolicking in the imposing iron soup that we call the sea, while enjoying £3 a pop Cornetto. Not this summer though. Oh no. This summer has seen confused Brits learning a new vocabulary which includes words like: blue skies, air-conditioning and sunshine.

This summer has also seen the phenomenon known as the Ice Bucket Challenge (in support of ALS research and Macmillan cancer research) go viral. With celebrities such as Bill Gates, Usain Bolt and Jenifer Lopez having participated in the cause, social media has been showered with videos of people posting their own dousings. The idea is that people nominate each other before having a bucket of freezing water cascade over their head. That nominated individual has 24 hours to comply or forfeit by making a charitable donation.

To continue our trend of supporting charitable causes, the team at startrescue.co.uk has taken the bone-chilling plunge in support of Macmillan cancer research. Watch our video (with a twist) where we announce our nominations before the saturations. It could be you!