Will there be a UK-wide smoking ban in cars carrying under-18s? 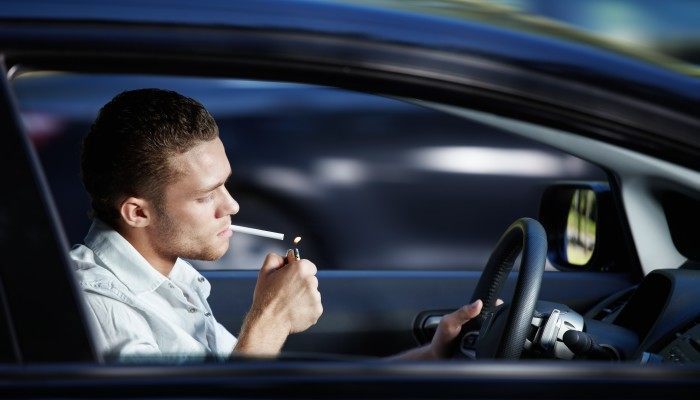 A Scottish bill has been launched to prevent smoking in cars with children in them, aimed at giving youngsters the "healthiest start in life".

Liberal Democrat South of Scotland MSP Jim Hume lodged the draft proposals at the Holyrood parliament in 2013, which aimed to ban smoking in cars with under 18s in them.

Following the formal laying of the bill, Hume said: "This means that the legislation could be in place before the next Scottish Parliament elections."

Hume was "delighted" that the proposal had been supported by Scottish Labour.

He added: "A shocking 60,000 children each week are exposed to second-hand smoke in vehicles. This bill is about guaranteeing that children in Scotland can have the freedom to go on and lead healthy lives if they choose to."

Dr Peter Bennie, chairman of the British Medical Association Scotland, backed the move: "The evidence for extending smoke-free legislation is compelling and we would encourage the Scottish Parliament to support the introduction of a ban on smoking in vehicles with children present."

But senior lecturer in sociology at Abertay University, Dr Stuart Waiton, opposed the new legislation. He said in a BBC Radio Scotland interview: "Politicians seem to think they have got carte blanche and they can just run with it."

Could there be a UK-wide ban?

As many of our breakdown repair insurance customers will be aware, smoking in cars is a contentious issue. But if such a ban is enforced in Scotland, it may put pressure on the UK parliament to create a similar law.

Should there be a ban on smoking in cars with under-18s in them? Please tell us your thoughts in the comments section below.